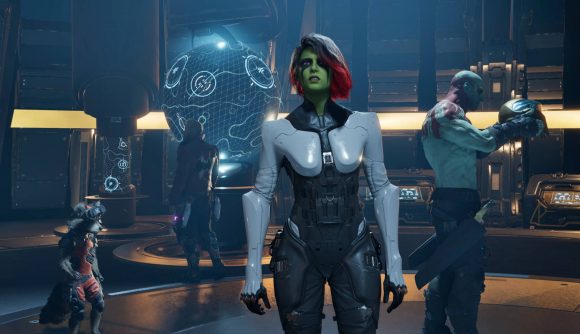 Marvel’s Guardians of the Galaxy drops tomorrow (October 26), but ahead of its imminent arrival the reviews have begun pouring in, giving us a good idea of what’s in store – and whether it’ll be worth your hard-earned pennies. So, let’s take a look at what the critics have made of the brand-new action-adventure game, shall we?

Si far, it looks like Guardians of the Galaxy – which takes Star-Lord and the gang across the universe in a narrative-driven adventure full of “twists and turns” – has fared well with the critics across the board. As of writing, the upcoming PC game’s sitting at a very healthy aggregate score of 82 on Opencritic, and at 72, 81, and 82 on Metacritic for PC, PlayStation 5, and Xbox Series X, respectively.

In PCGamesN’s own Marvel’s Guardians of the Galaxy game review, Dave calls it a “marvellous adventure” and scores it a seven-out-of-ten. “Guardians of the Galaxy mostly nails the quirky tone and characters that Marvel fans will be hoping for,” he notes, adding, “Otherwise strong presentation is marred by a few too many visual glitches, but if you can tolerate these and some repetitive combat, it’s worth a look.” You can read our write-up in full at the above link.

Without further ado, let’s check out those scores – here’s our rundown of the Guardians of the Galaxy game reviews:

So, as you can see, it Guardians of the Galaxy’s been warmly received by the critics, and you can dip into each of the reviews via the links above if you’re keen to get more of an idea of what’s coming tomorrow when the game launches. Check out our rundown of the Guardians of the Galaxy PC system requirements if you’d like to know if your rig is up to the job.