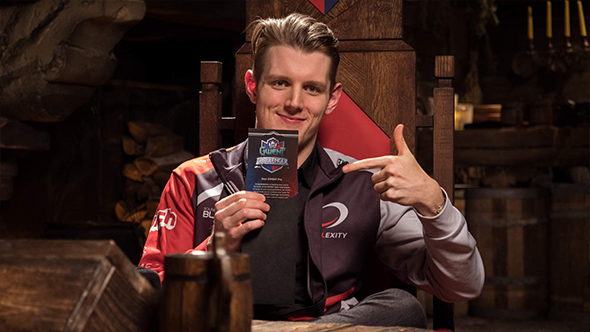 The full version of Gwent: The Witcher Card Game is coming up later this month, and this weekend you can watch the best players in the world square off in tournament mode in the seventh Gwent Open, which begins today and wraps up with the semifinals and finals Sunday.

Gwent began its videogame life as an interesting little diversion in The Witcher III: Wild Hunt, but CD Projekt has spun it off into its own standalone game. Naturally, there are players who take it extremely seriously, and some have even become pros.

Eight of these will be competing this weekend: the UK’s own Freddybabes, Austria’s GameKingAT, radu.andrada from Romania, and Spain’s Nujwk will be joining four players from The Witcher’s native Poland – Adzikov, kacper322, TailBot, and kams134. They’re not just competing for the title of World Champion – there’s a prize purse of $25,000 USD on the line, plus a guaranteed seat at the next Gwent Challenger.

The tournament is live now on CD Projekt Red’s official Twitch and YouTube channels, and if you tune in via Twitch, you’ll be able to earn in-game rewards for Gwent (just make sure you’re logged in). Viewers will get Card Kegs, plus the winner’s favorite card and other prizes.

You can also tune in right here:


Watch live video from CD PROJEKT RED on www.twitch.tv
Gwent: The Witcher Card game is available through GOG.com, and it’s set for a full launch October 23. The official Gwent site has more info about the game, and about the upcoming Gwent-based story campaign Thronebreaker.