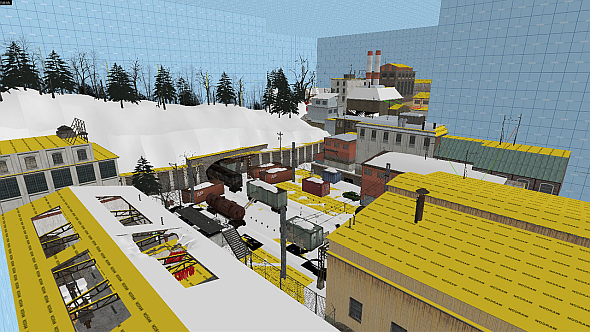 The deserted town of Ravenholm, site of one of Half-Life 2’s creepiest and most iconic levels, would have featured in a cancelled episode of the game developed by Warren Spector’s now-defunct Junction Point Studios.

Half-Life routinely makes lists of the best shooters on PC, and ours is no exception.

ValveTime published a few images of the Ravenholm map so you can see what might’ve been. The town is under heavy snow, and includes “small puzzles, scripted sequences and fights”. Some objects pertaining to these have fields called ‘magnet’ and ‘magnetisation’, which (along with the initials ‘JPS’ appearing in the names of some entities) proves that this is the work of Junction Point Studios.

Why? Because when former boss Warren Spector discussed that studio’s work for Valve in with Game Informer, he mentioned “a thing we elegantly called the magnet gun, which I still wish they would do something with. We came up with so many cool ways to use a magnet gun that were completely different from anything [Valve] had done and was really free-form in its use.” 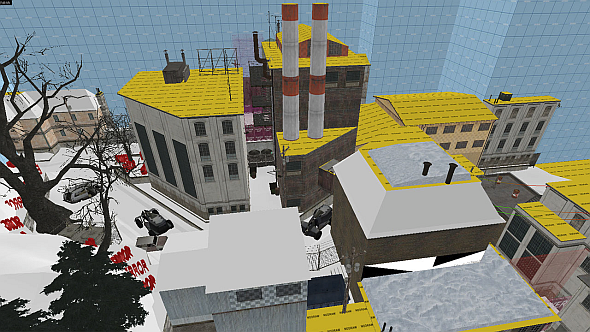 Unfortunately, Spector was also in talks with Disney, who acquired Junction Point in July 2007. The Half-Life project was then cancelled. “When the deal with Disney really started to bear fruit, I just couldn’t say no to Disney. I’d always wanted to work there, so we never completed the work with Valve.”

Disney closed Junction Point in 2013. The studio had shipped just two games: Epic Mickey and its sequel. Spector left Disney and took a teaching job at the University of Texas, butis now working on System Shock 3.

As we know, Valve planned three episodic expansions to Half-Life 2, of which it shipped just two. Junction Point’s project was one of at least two further episodes that Valve had handed out to third parties, the other of which was being made by Arkane and would also have been set in Ravenholm. Seems that creepy town has plenty more stories to tell, though it’s vanishingly unlikely at this stage that we’ll ever hear them.