If news that Half-Life: Alyx is on the way has got you excited to jump back into Valve’s long-running Half-Life universe, there may be a mod for you. The In Deep mod offers users the chance to play the “scrapped” 1997 alpha version of the original Half-Life game, “re-imagined and re-vamped.”

The In Deep mod, by In Deep Developers and posted by user Jackathan, has been in the works for a while but a shiny new demo has just been added, which recreates the “entire ‘Office Warrens’ chapter from the Half-Life 0.52 Alpha, remade from scratch with improved puzzles and gameplay.” It’s not an exact replica of the original – which eventually became Half-Life’s chapter four – but doesn’t “stray too far from the original’s designs and layouts either.”

The rework tweaks the Alpha’s puzzles and combat to make them a little easier to grapple with, and more akin to the retail version of the game. The modder summarises, “In Deep’s Office Warrens is a less linear and somewhat extended version of Office Complex from retail Half-Life.”

If you’re keen to jump into some very early Half-Life, the In Deep mod is in Early Access. Head over to ModDB to grab it. 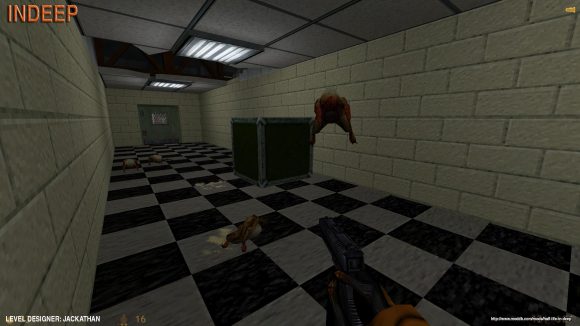 In the meantime, fans of the series have the newly-announced Half-Life: Alyx release date to look forward to. The game will be a full-length VR prequel to Half-Life 2, and will have a campaign as long as the 2004 FPS.

Check out all of the voice actors confirmed for Half-Life: Alyx so far, too, if you’re keen to know who will be bringing the adventure to life.