Not content with performing mere upkeep on Halo: The Master Chief Collection, 343 Industries is bringing new content, too. Halo 3, an FPS game last updated more than a decade ago, is about to get a new map.

The information comes via a post on Halo Waypoint, detailing some of the upcoming flighting on the space games. Listed in everything coming in February is “A new map for Halo 3 from Halo Online”, and an accompanying image of the new area for players to batter with rocket launchers and needlers.

Halo Online was a free-to-play Halo multiplayer game that was only ever playable for a brief period in Russia in 2015. Naturally, this has made it a fascination among diehard Master Chief fans, and efforts have been made to put it online in an unofficial capacity, something Microsoft has repeatedly attempted to quash. It was hoped whatever was usable from Halo Online might make its way into the Master Chief Collection, and it seems like 343 Industries has now begun that process, starting with this as-yet-unnamed map.

The one screenshot, below, doesn’t quite line up with anything that’s been publicly viewable from Halo Online, but it could be a touched up or altered version of something. 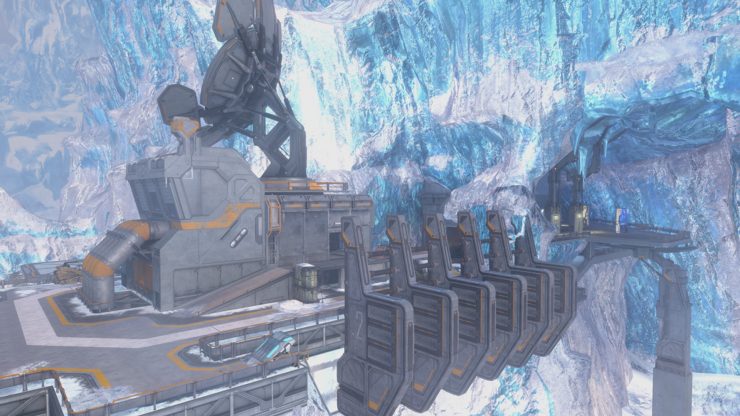 Other bits and bobs getting flighted include content for Season 6, and FOV sliders and keyboard and mouse support for consoles. Plenty to keep players happy as we wait for the Halo Infinite release date.

Weekend news warrior and resident Irishman, Anthony is one of those naive Silent Hill fans you occasionally hear about. His byline's appeared in Variety, IGN, Ars Technica, TechRadar, Mashable, and more.