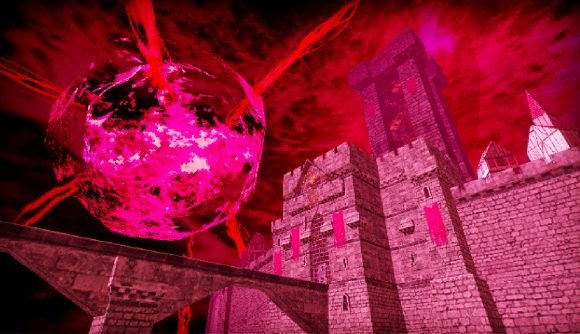 Back in the golden age of PC gaming, specifically the 1990s, publishers would put demos for their upcoming games on CD-ROMs, which would be packed in with gaming magazines, found in boxes of breakfast cereal, or sold on their own at the drugstore. With the profusion of broadband internet, demo CDs are now a thing of the past – but a group of indie horror developers is resurrecting the concept this week.

The Haunted PS1 is a community dedicated to low-res horror games, and this week it’s releasing a ‘demo disc’ – not a physical disc, mind you, but a collection of 17 demos for upcoming horror games, all built to evoke the aesthetics of the original Sony PlayStation. That means wobbly polygons, muddy colors, and dithered gradients – all of which became a kind of distinctive visual language for the horror genre thanks to games like the original Silent Hill and Resident Evil.

The collection includes demos for Heartworm, a spooky adventure about unearthing buried memories, and Filthbreed, a first-person horror mystery about the disappearance of homeless people in Michigan, possibly due to the activities of a shadowy cult.

Many of these demos are already available on itch.io, but this collection pulls them all together in a one-stop buffet of early PlayStation horror aesthetics – so if you’re into that kind of game or are following one of them, chances are good you’ll find more to like in this anthology.

The Haunted PS1 Demo Disc collection will be available February 6 through itch.io. In the meantime, you might want to have a look through our cursed list of the best horror games on PC.