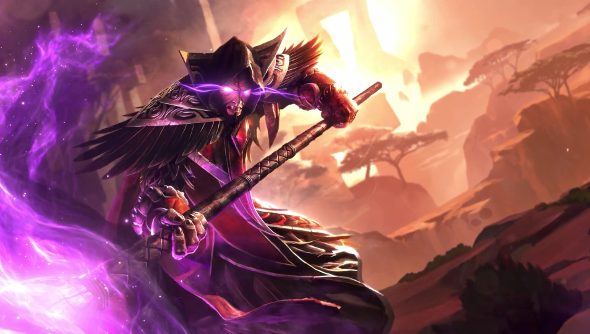 Medivh will join Jaina in the Mage class, while Alleria will be an alternative to Rexxar in the Hunter class.

Alleria’s an unusual choice, seeing as that she’s not been in a Blizzard game since Warcraft II, mostly cropping up in Warcraft literature rather than games. The franchise has no dearth of hunter-type characters, either.

Medivh is a more familiar face, despite being long dead. He was the last in a line of guardians who fought the Burning Legion, and is the source of two major quests in WoW’s Burning Crusade expansion (thanks, magic and time travel). He also pops up in Warcraft and Warcraft III.

Like Magni, both of these new heroes will cost $9.99 (it’s not clear what the price in pounds will be), which is rather pricey for an animated character portrait and one ability. It’s more expensive than most Heroes of the Storm characters, despite offering substantially less.

Magni, Medivh and Alleria should all appear in Hearthstone with patch 2.7.