The biggest change in Heroes of the Storm’s short, turbulent history is coming this week. Heroes 2.0 is a complete overhaul of the progression and microtransaction systems in Blizzard’s MOBA, as well as a big ol’ balance patch for afters. Taking note of Overwatch’s success, big blue are adding loot boxes to their other skin-supported game, along with hundreds of new cosmetic items.

Here’s what you want to do with your Heroes of the Storm loot chests, gold and rerolls.

There’s a lot to unpack here, so let’s dive in. We’ve separated the below by heading, and then given details in each area. We’ve also included relevant quotes from senior producer Tony Hsu, who spoke to us about the progression system at length. They’re the bits in italics.

Tuesday, April 25 is go-date for the update, including everything you see below as well as Genji and Hanamura heading to live Heroes of the Storm. This means you’ll want to brush up on how the HOTS loot chests work and how best to spend your gold.

In terms of what the update is changing balance-wise, here’s Blizzard’s beta patch notes. There’s a rework for Uther and many smaller changes for a big batch of the cast.

Blizzard will be running a livestream event to talk about 2.0, Hanamura, Genji, a new cinematic and much more at 7pm BST / 8pm CEST / 2pm ET / 11am PT on Tuesday. The livestream is embedded below. 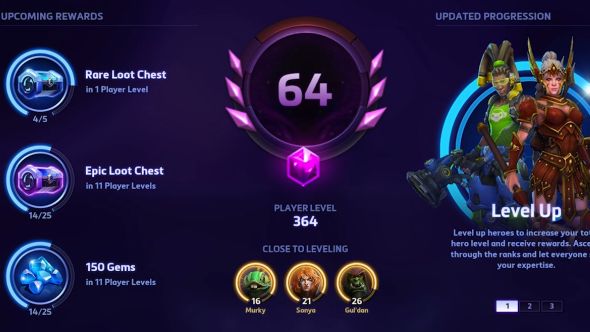 The core of Heroes 2.0 is changes to levelling.

Tony Hsu: “Once you reach [hero] level 12, that’s kind’ve where the XP increment plateau happens. So from level 12 and beyond the XP you’re going to need to reach the next level is consistent.

“In the current system moving from something like level 18 to 19 for an average player was something like 12-15 hours. To be honest, it was a bit of a grind. With the new system we’ve smoothed out that XP curve – on average it should only take a few hours to [level up], then there’s always the opportunity to play with your friends and get the XP bonus.”

That last is where things get interesting, but on the levelling front it’s all pitched towards“frequent, meaningful and rewarding” progression as Hsu puts it. Blizzard want you to level up each play session, and feel you got something out of the experience besides some alterations to your win / loss columns. 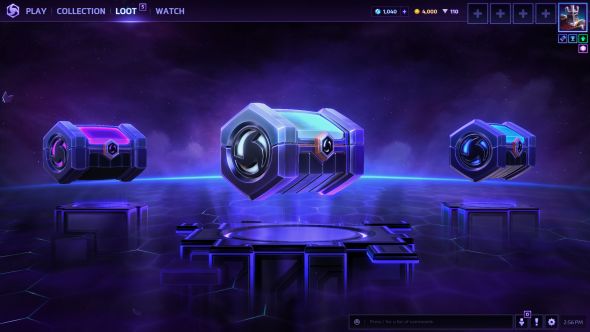 Certainly the biggest change in Heroes 2.0 is the addition of loot boxes. If you’ve played Overwatch, they’ll seem very familiar, though with a few key differences.

Tony Hsu: “Along with that there is a giant pop-up saying ‘By the way, this stuff is going away forever and you [won’t have access to it] – are you sure you want to do this?’ The cool thing is, once again, we’ve added that system to help you get the items that you’re looking for more. You can spend your gold to reroll a limited amount of times and each time you do the amount of gold increments a little bit – but the nice thing is it doesn’t persist from chest to chest. You can reroll a chest three times in increments, but when you move to the next one it’s back to the base level again.”

Tony Hsu: “[Pity timers] are one of the things we have chatted with the other teams about because one of the great things about Blizzard is that we have so many teams working on different games that you don’t have to reinvent the wheel. I know we took data points from Hearthstone and Overwatch, we chatted with them. I think ultimately we ended up making our own system for that. It’s about what makes sense for our loot chest system and what makes sense for how we’re offering it to players. We wanted to make sure there was definitely that feel-good experience to it.”

Tony Hsu:“One of the discussions we had in regards to loot chests [was] how we want to make sure we’re rewarding our existing players. So what we’ve landed on is a tier system [so to speak]. For certain levels that players have reached we’ll give you a certain amount of loot chests.

“One of the reasons that we’ve done that is we want to make sure that the loot chest system is still a meaningful experience to players. We’ve found over time that players actually enjoy collecting, they enjoy getting something on their own and earning it. So we didn’t want to come to a new system and say ‘Here’s Heroes 2.0 – congratulations you’ve already earned everything.’ That took away from the sense of accomplishment for players.

“So we wanted to make sure we were giving a meaningful number that felt really good, that gave you a headstart on getting a lot of cool customisation items but in turn also allowed you, with the lower experience curve, to still [experience the system.]”

This is the second version of the system, as laid out in Blizzard’s post. The original promised only 70 boxes for old players, at maximum, and was not well received. This is more rewarding to the intensely hardcore, as well as more granular, and seems to have made everyone a lot happier. 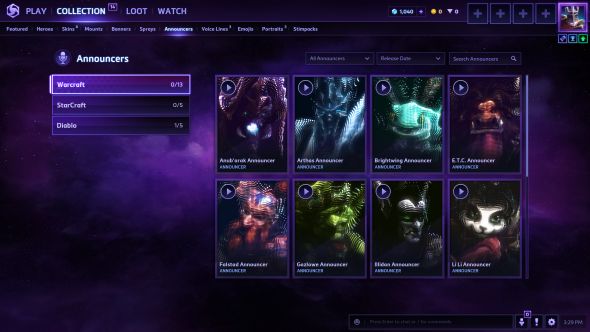 In part to help fill out the loot boxes, and to give every character in the game some more bits to collect, the number of cosmetics in the game has been massively increased. Like heroes, skins and mounts, they’re available in loot boxes, or through Shards, the new currency acquired from duplicates. First, the new stuff.

Tony Hsu: “Any loot chest has the ability to have any rarity in there, all the way from common, rare, epic and legendary. That’s kind of a system that you’re familiar with from other Blizzard games. One of the lenses we’ve looked at is, ‘Would you be happy getting this at this tier?’. As you move into some of the higher tiers like legendaries, we wanted to reserve that for the really epic skins, for giving you new heroes, things like that which feel meaningful.

“On the other tiers, it’s not specifically saying all commons are emoji packs, or all announcers are rare per se. We wanted to offer a variety of content all the way along. It’s kinda just using some common sense in saying, ‘Does this feel good, does this feel rewarding, is this appropriate?'”

It’s a far cry from making Heroes freebut it does make acquiring all of them a tad easier. Tony Hsu confirmed that you can open skins for heroes you don’t own, and there’s no mention of a disenchanting system other than the Overwatch-style duplicates turning into shards, so you’re stuck with them. Hopefully it’s not too common.

Finally there’s Mastery Taunts. These aren’t unlocked via boxes, and come as part of levelling up heroes. They’re the replacement for mastery skins, as laid out in Blizzard’s post here. 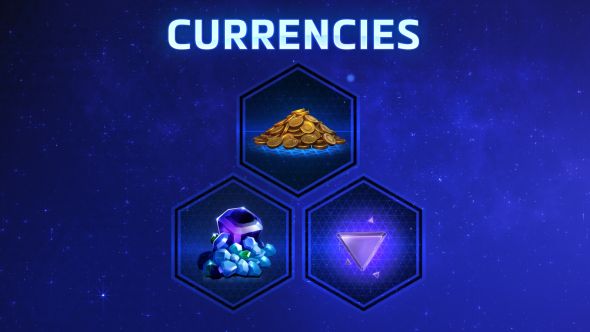 Just to ward off any confusion, here’s the state of Heroes’ now three in-game currencies once Heroes 2.0 goes live.

Tony Hsu: “We kinda want to reduce some of that confusion for players in knowing, ‘Do I want to buy power and gameplay by unlocking heroes? Or do I want to save it for the occasional mount or skin that may come up or not, that may be one that I want or not?’

“Looking at statistics, the vast majority of players were using gold on heroes so that was easier just to streamline and say ‘this is what you want to use to unlock heroes, then we have the crafting system with shards to unlock cosmetics.'”

Tony Hsu:“One of the great things about Heroes 2.0 is we’ve heard a lot of feedback from our players and, depending on what the items are and also depending on the regions, we’ve tried to find an opportunity to lower cost. Once again it may vary per region, but you’ll find that a lot of items are priced competitively.”

While confusing, the new currency systems seem good. Overall, the game seems much more free now, as well as more enjoyable to play between using the new cosmetics and regularly opening loot boxes. The upcoming mega-bundle promotion – prime for repeating whenever there’s a major content drop for the game – will help make things cheaper too, making roughly one third of the game’s cast available to all.

What it likely won’t do is bring a massive number of new people to the game. Whether that’s Blizzard’s goal or not is up for debate, though it’s still one of their smaller titles. It’s likely to bring old players back to see what’s in their loot boxes, and will keep those already attached playing, but it is more of the same. Incredibly flashy, well produced and guaranteed to tickle the endorphins, but not likely to drag people from their previously-made MOBA homes.

Check our Heroes 2.0 tag for more coming in this update, including the new hero Genji.