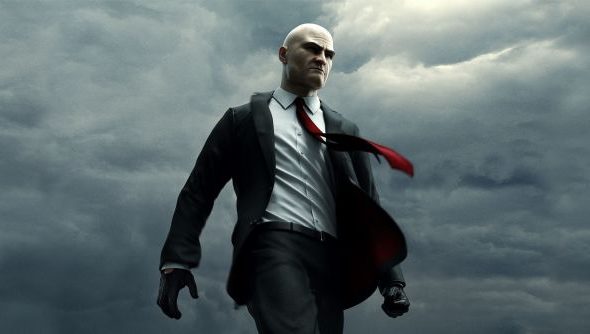 The Humble Square Enix Bundle 2 ought really to be called after Eidos. Want an instant cross-section of what the publisher’s western wing has been up to these past few years? Here it is: led by Hitman: Absolution, with a couple of other sneaky treats available at the higher payment levels.

Absolution, available on the Humble Bundle site for any price alongside Supreme Commander 2, seems like a fitting headliner for the deal. It houses both the remnants of an inspired stealth game and evidence of some boneheaded design decisions.

The games given to those who beat the average are similarly mixed: while Deus Ex: Human Revolution is one of the best stealth games ever made and much else besides, Thief and Murdered: Soul Suspect are deeply flawed, but interestingly so.

Pay $15 or more, meanwhile, and you’ll get the less complicatedly entertaining Tomb Raider and Sleeping Dogs on Steam too. By default, the bulk of the cash goes to GamesAid and the Make A Wish foundation. D’you think you might part with some?