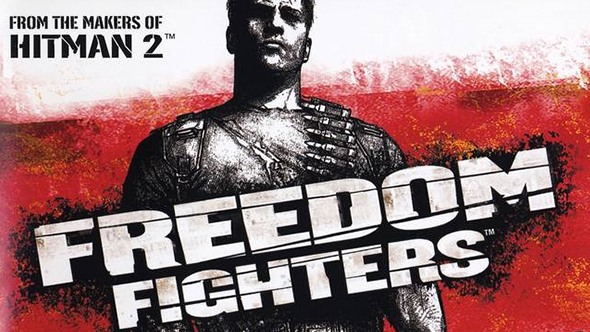 The past few weeks have been filled with excellent news for Io Interactive. After some seeming uncertainty with their split from Square Enix, they’ve confirmed more Hitman is in development, and the franchise is even spawning a new, Hulu-produced TV series. What comes after that? Well, you can’t take the classic rebellious shooter Freedom Fighters off the table.

Io CEO Hakan Abrak tells GamesIndustry.biz that while the studio has left the rights to franchises like Kane & Lynch and Mini Ninjas to Square Enix, they’ve held onto not just Hitman, but also Freedom Fighters. Their focus is obviously all on Hitman at the moment, but there’s a spark of hope here that we haven’t heard the last of Io’s spiritual adaptation of Red Dawn. Hopefully at least a re-release of the original on Steam or GOG.

But more pertinent to the studio’s immediate future, Abrak feels that they’ve learned a lot from the successes and failures of the most recent Hitman. “We’re the first to admit we got some things right and some things wrong,” Abrak says. “Changing our business model before launch caused confusion, and we had some tech issues at launch. While the episodic nature of the main story campaign received major praise from the press and many gamers, it wasn’t necessarily everyone’s cup of tea. What did really work wonders for the game was the live model.”

That live model saw new content, challenge missions, and elusive target events added regularly, and Abrak says this regular rollout saw new players constantly hopping back in. A few months ago Hitman had reached five million players, now it seems that count is past seven million. “That number is rising daily,” Abrak says. “And these aren’t dormant players; these are highly engaged players in Hitman.”

In other words, expect whatever’s next for Hitman – whether that be season two or something entirely new – to have a similar focus on live service and constant updates. But while games as a service might be a triple-A war cry, Abrak says you should expect a little more honest interaction from Io.

“Being independent means we don’t have to do things the way we’ve done them in the past. We can decide what’s right for IO Interactive, for Hitman and for our players. We can be more open with what we say and what we do. In other words: expect less corporate-speak, and more heart.”