The graphics card is arguably the single most important component for gamers – after all, it’s not racing stripes on the best gaming chair that makes your frame rate faster. A simple GPU upgrade can breathe new life into your system, and make your system look good enough to sit on top of the best gaming desk. Thankfully, you don’t need to be a tech whiz to learn how to install a graphics card nowadays, as it’s one of the simplest and safest things you can do when building the best gaming PC.

Unless you’re starting a fresh build, the first step is knowing when to upgrade. New graphics cards aren’t cheap – especially amid current stock issues – and it isn’t always the GPU’s fault that you’re stuttering in game.

The best way to figure this out is to boot up MSI Afterburner and take a look at the GPU and CPU loads. If your processor hits highs of 90 to 100% while your GPU is sits below 80%, then it’s better to go for a CPU upgrade rather than forking out for the wrong part. You might even benefit from a BIOS update or investing in the best gaming RAM – the minimum we’d recommend is 16GB nowadays.

If you’re sure that the latest and greatest from Nvidia or AMD is what you need, however, then there are a few things to consider before selecting the best graphics card for you.

Knowing the model of your current graphics card is half the battle. You can find this out by pressing Win + R and typing ‘dxdiag’ into the run field. Once the window pops up, navigate to the display tab to find out the name of your graphics card and compare it with others on the market.

When all you’re wanting to do is quickly boost fps, you don’t want to hit any snags along the way, which is where we come in. If you’ve already done your due diligence, then feel free to skip to the next step, but if not, here’s how to prepare for your next graphics card. 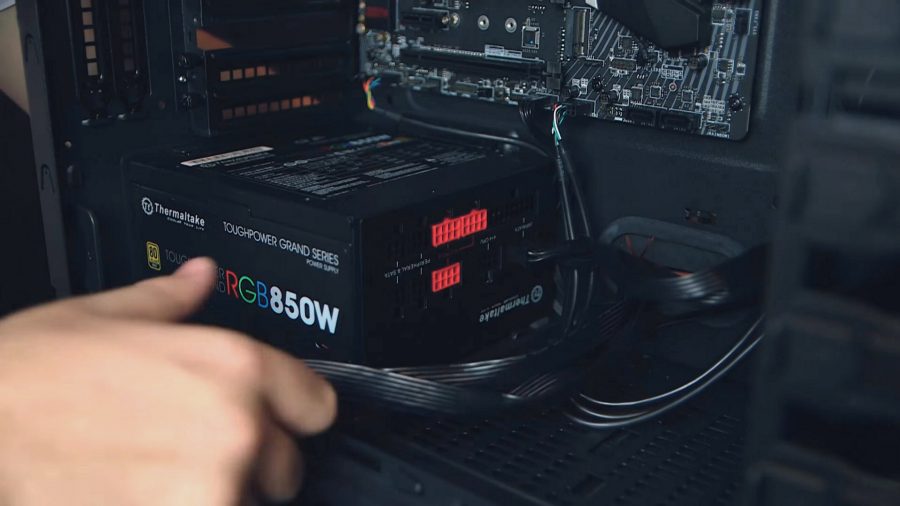 First, let’s talk about the PCI Express slot. It’s important to plug your primary graphics card into a x16 slot, which is usually the one closest to your CPU, although there might be more than one on the best gaming motherboard. Currently, there are four different types, but backwards compatibility means you’ll be able to use your GPU without issue. It is worth noting that using a PCIe 4.0 graphics card in a 3.0 PCIe slot comes at the sacrifice of a bit of performance, though, so be mindful if this is important to you.

The real compatibility issues come from the size of the graphics card you’ve got your eye on, and whether your power supply can handle it. It would be a shame to wait what feels like forever for Nvidia to restock its RTX 3080s and 3090s, only for it to not fit in your case or refuse to work with the rest of your system. The RTX 3090, for example, is particularly beefy, earning its “BFGPU” nickname due to its enormous size and 750W recommendation.

Switch your PC off at the wall, and with a tape measure in hand, remove the side panel. You’ll want to measure the interior of your PC horizontally, from the upper PCIe slot to the front of your case. Sometimes a hard drive cage will be blocking your path, which you can remove if it’s not occupied to create more space. If you can’t take this out, then stop the measurement before hitting the cage.

Since the graphics card will likely add the most extra wattage to your PC’s overall power draw, you might as well take a look at what your power supply has to offer while you’re rummaging around in your case. This will usually be indicated by the number in the name of your power supply, but no one will blame you if you don’t remember it. It’s easier to just check out the sticker on the side instead.

Make sure your CPU won't bottleneck your new GPU

While not necessarily compatiblity, you’ll want to make sure you’re rocking one of the best gaming CPUs, so that your new powerhouse graphics card is not bottlenecked by a sub-par CPU.

Now that you have both the measurement and the wattage of your power supply, you can compare them with the length of the graphics card you want and its upper draw limit. If it’s too big or takes up too much power, you can either choose another graphics card or upgrade to the best PC case and PSU – don’t worry, we’ve got you covered with how to install a power supply, too. 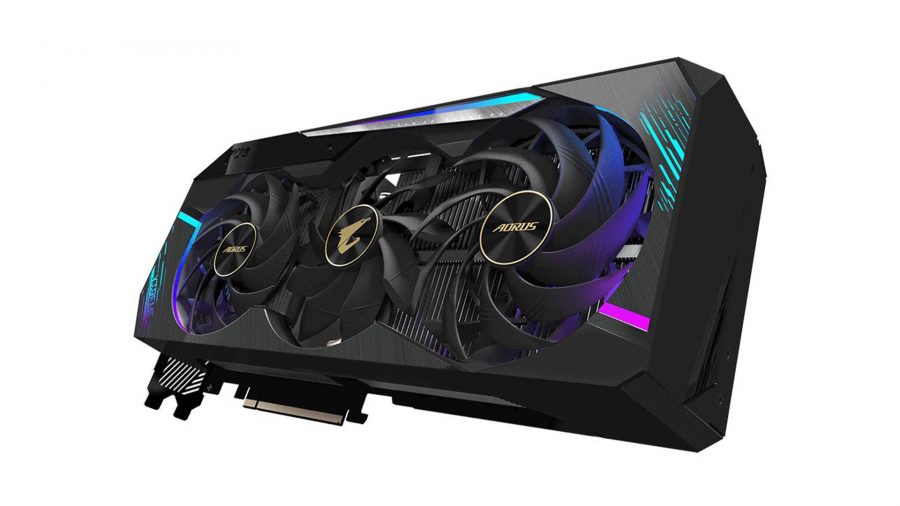 This step isn’t relevant for new installs and it’s not too important for those upgrading to the same manufacturer (although a clean slate is always nice), but if you’re jumping ship from AMD to Nvidia or vice versa, you should clean your system of any graphics drivers that are present.

Unfortunately, it’s not like uninstalling a program because a standard driver uninstall can leave traces, and Windows configuration files and the OS registry can often interfere with rival software.

Rather than delving into the OS registry, which can be a scary place to be, we’d recommend using Display Driver Uninstaller to automate the process. It’s a simple program that will save you hours of head scratches, performing the complete removal of AMD, Nvidia, and even Intel drivers, if you choose.

Just install DDU, boot it up, and follow the instructions on screen. It will first prompt you to restart your system into Safe Mode, and then present you with a few options once the reboot has finished. Select the existing drivers you want to get rid of and then hit the ‘clean and shutdown’ button when ready. That’s all there is to it! 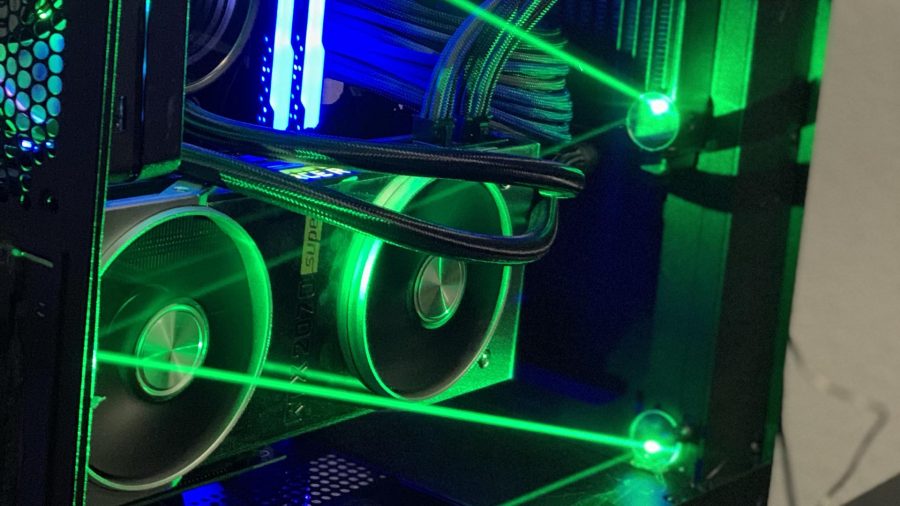 Have you got your screwdriver ready? Good, because now we move onto the fun part. Installing the graphics card is actually safer than ever, but there are a few precautions to take so that you don’t damage any of your components. It is all electric, after all.

First, switch your PC off at the power supply and unplug anything coming out of the rear of the case. Then give the power button a press to discharge any residual power that’s floating around. Make sure your PC is laid on a non-conductive surface, like wood, and you’re not shuffling around on carpet (if you are, wear rubber soles). You can even use an anti-static wrist strap clipped to your case if you want to be absolutely certain you don’t cause any static buildup.

Pop the side panel off and then it’s time to get into the thick of it. If you’re upgrading, you’ll need to remove the old graphics card before putting the new one in. Unscrew the retaining bracket and make sure to leave the loose screw somewhere you won’t lose it – they are quite fiddly. Don’t just yank the graphics card out, as it’s still secured in by a clasp you’ll need to pull or flip to the side. Carefully unseat the component and keep it close by as a backup, just in case.

Now is the perfect time to give your motherboard a quick dust before sliding your new graphics card into the now-empty PCIe slot. This shouldn’t take a great deal of force to secure and don’t panic if you hear an audible click – this is just the click re-securing itself. Screw the bracket back on so it doesn’t move, and you’re almost done.

If you want to give your new graphics card the royal treatment and you aren’t using any of the other PCIe slots, you can mount it vertically and show off the fans using a PCIe riser cable instead. Even if your case doesn’t support vertical mounting, as many don’t, there are brackets out there by the likes of CableMod that can help you at the expense of some extra length.

Your graphics card is going to need some juice to power it. Some lower-end cards can feed off the motherboard’s PCIe slot directly, but the majority of GPUs require plugging into a more substantial power source. This can be through a six-pin, eight-pin, or 12-pin connector, although there are converters to help you out if the ones on your power supply don’t match.

Once again, it shouldn’t take too much pressure to plug in. It’ll only fit in one way, but if you’re still struggling with the correct orientation, you might need to manage cables a bit better. Otherwise, just make sure the port isn’t blocked and you should be done in no time.

Keep your side panel off for the time being, as we need to make sure everything’s running as it should, but you can plug your mouse, keyboard, and monitor back in and flick the power supply switch to get things going again. 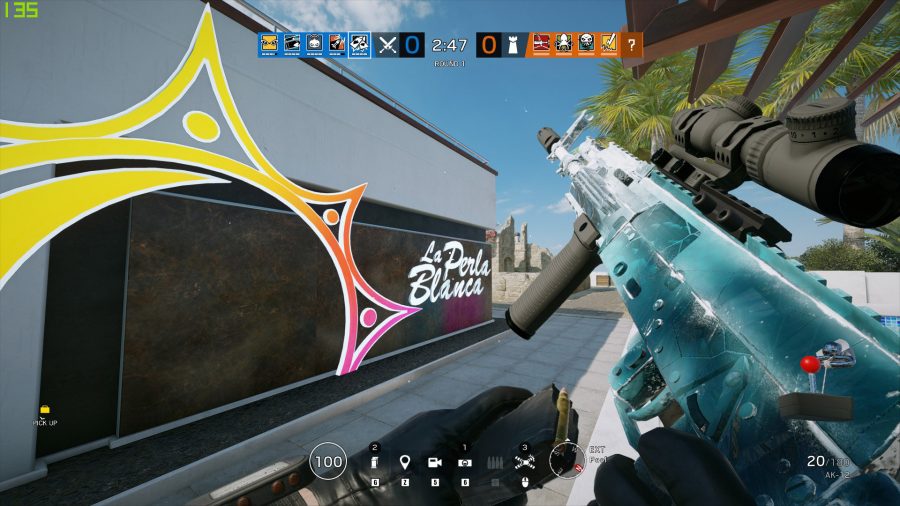 4. Gaming with your new graphics card

If all has gone well, pressing your power button for the very first time with a new graphics card will feel incredibly satisfying. The whirr of the fans kicking into action and the Windows login screen popping up on your display are all great signs that things are working as they should.

Don’t be concerned if the graphics card fan starts and stops intermittently when booting or idle, as many modern GPUs use 0dB coolers to reduce noise and power consumption. This should start spinning continuously when you boot a game and temperatures pass a certain point.

Ensure you have the latest drivers for your graphics card installed

To fix the warped resolution you’ll notice when you first log in, you’ll need to download the relevant drivers. If you’ve nabbed yourself an Nvidia graphics card, the GeForce Experience software can help keep your drivers up to date automatically if you don’t want to download them directly from the website, while AMD Radeon users can use Adrenalin for the same hands-off experience.

Throughout the install of these drivers, don’t panic if your screen flickers and changes resolution. This is entirely normal as your GPU conforms to your monitor’s default. You will likely be prompted to reboot your system to finalise your new driver’s installation, but after that, it’s time to boot a game.

If you want even more out of your frames when you turn on the fps counter in your Steam overlay, check out how to overclock your CPU and GPU. If you run into any problems without overclocking, try reseating your graphics card or putting your original one back in while you sort things out with the manufacturer.