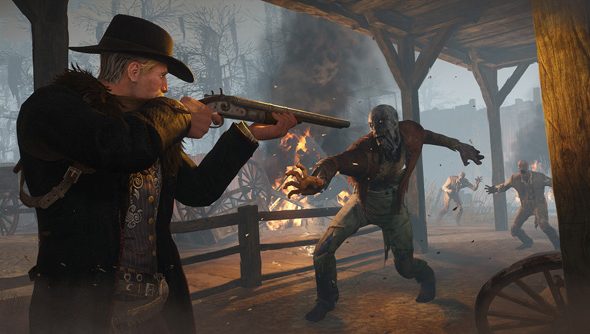 We’re still sorting through the implications of the Crytek cutback that’s seen the German developer-publishers relinquish some of their strongest assets. We’ve seen Homefront: The Revolution sold to Deep Silver, and the UK studio behind it disassembled.

What we didn’t spot is what’s happened in the US: the outfit formed from the ashes of Vigil Games has died an early death. Recently-announced third-person co-op shooter, Hunt, has been passed down to Crytek’s Frankfurt HQ.

All that remains is the US CryEngine support team. Redundant employees have reportedly been encouraged to apply for jobs at the Frankfurt office. But that’s a long way to commute.

Crytek USA was formed 18 months ago, around a core team sourced from the defunct Vigil Games and led by Darksiders director Dave Adams.

The Austin team had been working on Hunt – a free-to-play affair that fits snugly alongside Warface in Crytek’s new games-as-a-service philosophy. Consequently the game’s survived the layoffs and been transported to Frankfurt, where Far Cry, Crysis and Ryse were made.

Last week, Crytek said they were going through a “transitional phase”.

“Internally, we have acknowledged that the flow of information to employees has not been as good as it should have, however we hope you understand that communicating details of our plans publicly has not always been possible,” they wrote.

“We can now concentrate on the long term strategic direction of Crytek and our core competencies.”

What would you say Crytek’s core competencies are? Wide-open shooters? Tech demos?