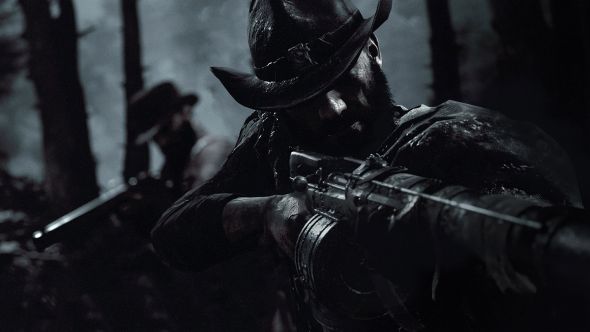 Crytek have released the first dev diary for Hunt: Showdown, showing off some pre-alpha footage and documenting the changes the game has undergone between its first showing at E3 2014 and its reappearance at this year’s show.

Check out some of the other best upcoming PC games.

The video features several members of the development team and begins with a discussion about the game’s inception as Hunt: Horrors of the Gilded Age. The game, which was being developed by Crytek Austin, involved cooperative play and randomly-generated levels, is described by its developers as something akin to Left 4 Dead. A playable level showcasing the game was taken to E3 2014.

Unfortunately, Crytek then entered some financial difficulty, as the video shows, and the Austin studio was shut down while the Hunt team moved back to Crytek Frankfurt, a studio most famed for the Crysis series. The massively different aims of the Austin and Frankfurt studios meant that, while the game would remain in development and build from the same name, it was due to be “rebooted from the beginning,” according to level design director Chris Aughty. The decision to change the game was not taken lightly, but was made as a result of the skillset attached to the Frankfurt studio.

The game was re-developed as Hunt: Showdown and featured at this year’s E3. Now it’s set in the late 1800s in an open-world map based on Louisiana with targets that the player can select themselves. There also seems to be an online element, as the developers say you’ll be playing against other players as well as AI, and will be able to shape your experience around the people you encounter in the game. Hunt: Showdown is also very dependent on its sound design, with noise from other players being crucial to the way in which you interpret the world around you. Sounds you make in voice chat will be projected into the area around your character.

Hunt: Showdown seems to still be in its early stages, and the dev diary doesn’t give any hints as to when we can expect the game, but it shows the significant commitment of the team behind it to making what they describe as “a truly unique game.”