There are big changes in store for Imperator: Rome – so big that Paradox is assigning its Roman-themed strategy game a new version number when it arrives. The Marius 2.0 update includes major changes to Imperator’s overall pacing and combat systems, but the one that’s going to be most obvious is the complete overhaul of the UI.

“In the Marius update, we’ll be focusing on greatly improving the user experience on an interface level, as well as including a completely new art style”, writes Imperator game director Peter Nicholson, in a development diary posted to the Paradox Forums today. Nicholson says the team intends to stick with Imperator’s overall bright tone that sets it apart from many of Paradox’s other grand strategy games, but that going forward it’s going to look bolder and cleaner.

“I wanted a bold style, dropping a lot of the unnecessary cornels and border decorations that took up a significant quantity of screen real estate”, he says. “You’ll notice we still have decoration; this is used more carefully, and serves a purpose of its own – to draw attention or indicate the relative importance of an interface, or to create a feeling of immersion with pictures and scenes.” 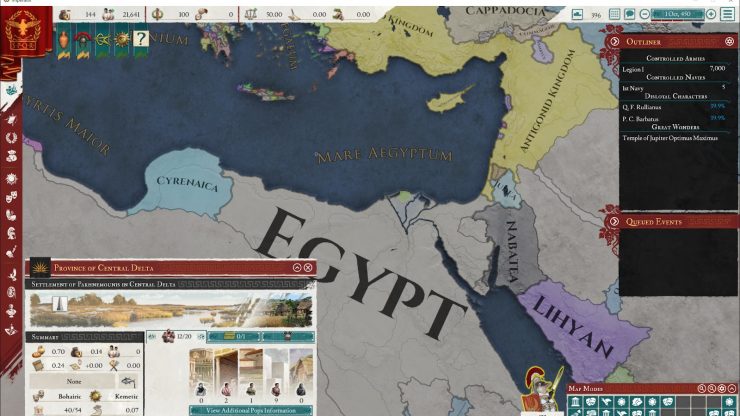 It is indeed a bold new approach: Imperator’s crowded windows of old have are replaced with airier, lighter panes that are able to convey more information – or simply include more immersive artwork to better convey the liveliness of the events they’re describing.

Nicholson says the team will be showing off more of the UI redesign and discussing the reasoning behind some of the decisions its made, in next week’s dev diary.

As to when we can expect the Marius patch, Nicholson says it’ll take a “a little longer than usual” for the next content update.