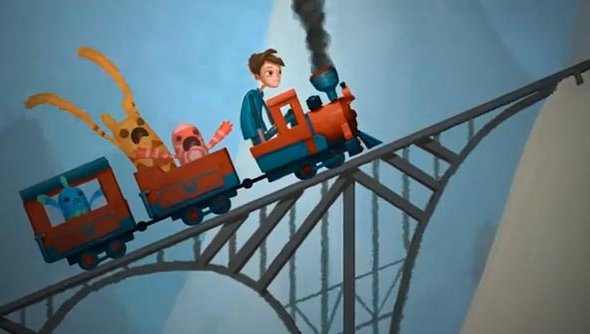 The first half of Broken Age has been released; read our Broken Age Act 1 review.

Along with Jack Black’s and Wil Wheaton’s, Double Fine have sucked out Elijah Wood’s voice and pumped it into one of Broken Age’s characters. In the case of the young hobbit, Double Fine have chosen one of the game’s co-leads, Shay, for Wood’s talents.

Shay’s spent his life in a space station designed to cater for his every need. It was a fine place for a child but as he grows older and bores of the distractions the ship has to offer he begins to explore the fringes of his world.

The trailer shows off new footage of the game, too. Along with Wood’s beautifully bearded face:

Wood was kept secret till the VGX event last night but Wheaton was revealed to Kickstarter backers as part of the cast last week. Wheaton will be voicing Curtis the lumberjack. Originally created to act as a test rig in Broken Age’s engine, backers were disappointed to hear Curtis wouldn’t actually feature in the finished game. Tim Schafer, the game’s lead developer, wrote Curtis back into the game. 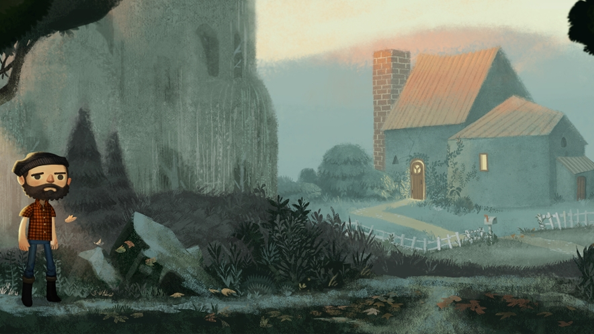 As a lumberjack who’s been cutting down trees his entire life, Curtis is mortified the trees are alive and want his blood. You find him holed up in his log cabin, barricading himself against The Night of the Trees.

The first part of Broken Age is due for release in January. The game was originally planned to be released as a single whole but due to overspending on the part of Double Fine the studio decided to split the game in two and sell the first part through Steam Early Access, raising funds to finish development on the second part.