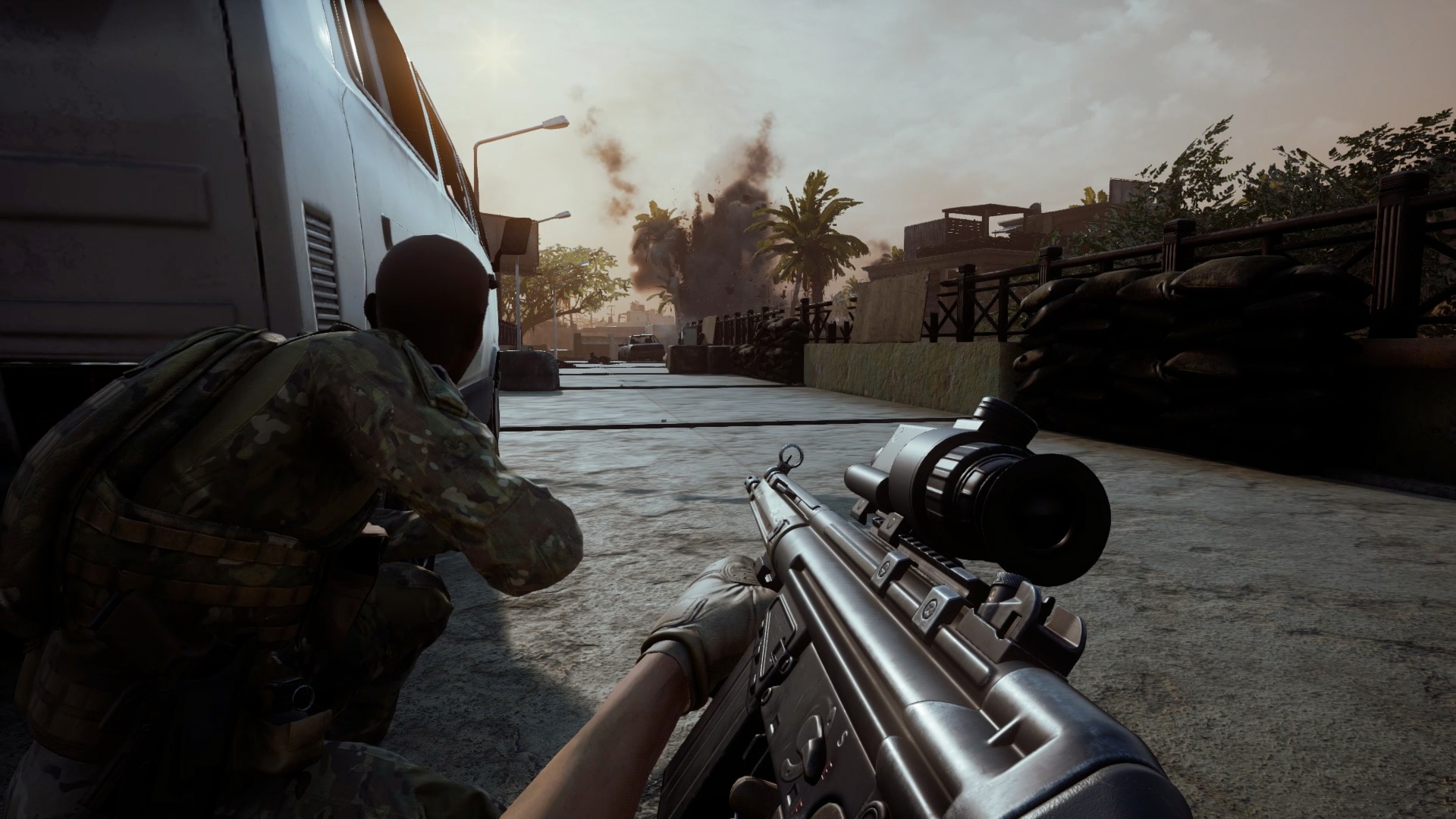 Insurgency: Sandstorm is getting ready to head out of basic training – or at least, out of development and onto players’ glowing monitors. Developers New World Interactive announced their uncompromising online shooter will launch in September on PC.

New World Interactive had planned on launching Sandstorm for Xbox One and PlayStation 4 along with PC, but they’ve had to delay the console launch until the first half of 2019.

The follow-up to the Insurgency, which itself spawned the mod-turned-spinoff Day of Infamy, Insurgency: Sandstorm is a modern military shooter that eschews the usual videogame guides and assists. It’s making the jump from Valve’s Source Engine, used by the original game, to Unreal 4, which is making Sandstorm a marked step forward over its predecessor visually.

Browse our collection of the best FPS games on the PC.

Sandstorm is about working and communicating with teammates, which is something Julian discovered tragically when he played a build of the game at an event early this year. Friendly fire is a factor here, and Sandstorm doesn’t automatically let you know where your teammates are – you’ll have to coordinate with one another the way a real military squad would.

When Insurgency: Sandstorm launches in September it will include Push, Firefight, and Capture the Base modes in Versus, and the co-op vs. AI mode Checkpoint, which Julian tried out. Operation and Outpost modes will be added as “post-release content,” lead game designer Michael Tsarouhas explained in a blog post.

When pre-orders open, you’ll be able to buy the game at 10% off. If you own the first Insurgency, you’ll get an extra 10% off. Insurgency: Sandstorm will retail for $29.99 USD, and will be available for PC on Steam.

Insurgency: Sandstorm will be available to play at the Focus Home Interactive booth during E3.