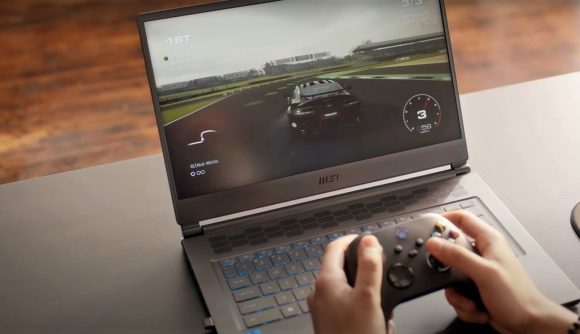 The realm of PC gaming rumours has been awash with insights into Intel’s gaming GPU plans, from partnerships with Asus, Gigabyte, and MSI to RTX 3070 comparisons. Now, thanks to newly leaked, albeit blurry images, we know that Intel’s entry-level Alchemist GPU could come with 6GB of memory and an uncommon layout.

Posted on Chiphell by form user Vermicelli, the image resembles both official and unofficial pictures of Intel’s DG2 GPU. Unlike traditional graphics cards, the leaked board features off-centre dies, something that could make cooling more complicated. The leaker also reveals that the card has a short form factor and only draws 65W of power. This places the chip within the same ballpark as Nvidia’s RTX 3060 laptop variant, with similar power requirements and 6GB GDDR6 VRAM.

Admittedly, it’s hard to make out any of the leaked GPU’s finer details, but Vermicelli goes to the effort of highlighting the board’s GPU and memory dies. You can also just about make out the card’s cooler mounting holes, which suggests it’s is designed for desktop gaming PCs.

At the moment, it’s hard to tell exactly what Intel’s Alchemist line actually has to offer. While earlier reports indicate that it could go up against an RTX 3070, both this latest leak and previous reports suggest that it won’t make Nvidia’s mid-range cards sweat. However, it’s important to note that this specific leak is based on a supposed ‘entry-level’ GPU, so higher-spec options could also make an appearance. 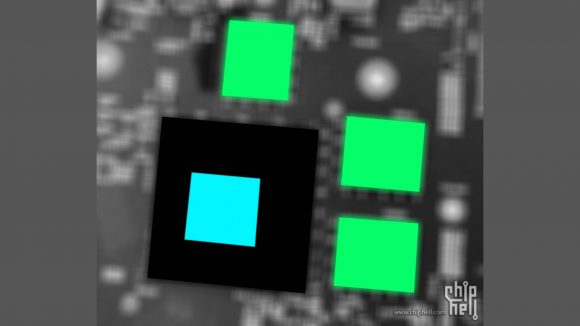 As with all rumours, you should probably take these Alchemist leaks with a grain of salt. However, if Vermicelli’s findings are legit, we could be looking at a compelling graphics option for mini ITX style builds. That said, the chip arrangement on display here could be an issue, especially if you’re looking to boost fps and squeeze everything into a tiny, conventional case.