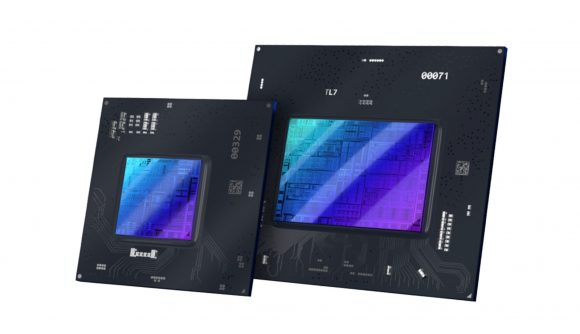 Despite the current depressing GPU stock situation, the not-too-distant-future looks much brighter for those looking to upgrade their gaming PC with the best graphics cards. As reported by Videocardz, translating from Chinese outlets MyDrivers and DIY ZOL, Intel’s Raja Koduri confirms that the company is partnering with the likes of Asus, Gigabyte, MSI, and other OEMs for the release of its upcoming Alchemist GPU 2022 launch.

The nature of this partnership isn’t entirely clear. On one hand, the OEMs might simply pop Intel’s reference designs inside pre-built gaming PCs to support the launch. However, given that all the aforementioned brands produce third-party graphics cards for both Nvidia and AMD, it’s entirely possible we could see aftermarket Alchemist GPUs sporting custom coolers and different clock speeds.

The Xe-HPG architecture that the Alchemist chip is based on offers features that should help to spur competition within the market. Perhaps its biggest draw is XeSS, Intel’s answer to Nvidia’s AI upscaling tech, DLSS, that will not only work across all graphics cards but will supposedly work even better on Intel GPUs.

However, fantastic as it is to see third-party support for Intel’s new venture, it’s not all roses when it comes to Alchemist. Reports earlier this month cast doubt on whether it can compete with Nvidia’s RTX 3070. Worse still, Intel’s offerings could have great difficulty finding a market niche with the prospect of RTX 3000 Super GPUs and an AMD RX 6600 cornering the high and low ends of the market, respectively.

Difficult as the path may seem for Intel’s GPUs, news surrounding its CPUs appears to be extremely promising and indicating something of a comeback. Recent benchmarks covering both gaming and productivity put the Intel Core i9-12900K confidently ahead of AMD’s current offerings. However, like all leaks, we can’t crown it one of the best gaming CPUs until we can conduct our own thorough testing.