The ‘special edition’ Intel Core i9-9900KS is a CPU aimed almost solely at the extreme enthusiast market, and it never had a long life expectancy to begin with. Well, this bin-sorted i9 9900K appears to be approaching its end-of-life (EOL) after just four months, ComputerBase reports.

That these enthusiast processors are being weened off the market now is telling, considering all that we know about the upcoming Intel Core i7 10700K CPU. From various leaks, including recent ones by Twitter user Rogame, it looks like the i7 10700K and i7 10700KF will be comparable to i9 9900K CPUs in its core/thread count and clock speed.

The fact that the i9 9900KS is reportedly nearing EOL just as a comparable 10th Gen CPU holds the spotlight highlights the Intel Comet Lake release date could be quickly approaching. This generation’s ‘ultra-enthusiast’ CPU, whose non-S sibling we described as the fastest gaming processor around on our list of the best CPUs for gaming, could be replaced by a CPU that’s part of the high-end but not quite so high-end Intel Core i7 line, and will presumably be somewhat cheaper.

Of course, with the Intel 10th Gen using the same silicon as the 9th Gen, it’s no surprise that an upcoming Comet Lake i7 might get close to its capabilities. Such is the result of generational improvements in manufacturing and efficiency, even when using the same base 14nm(++++?) Skylake architecture. 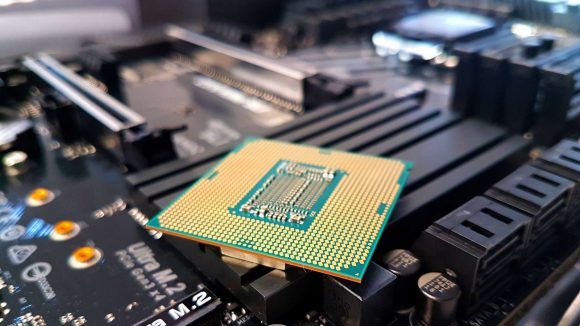 The i9 9900KS CPU is bin-sorted i9 9900K CPUs, meaning it’s cherry-picked for its ability to deal with constant turbo core speeds. This processor is guaranteed to hit peak 5.0GHz turbo speed across all eight cores, and run at a 4GHz base clock – 400MHz above the i9 9900K. This comes at a cost for the i9 9900KS, however, this being its TDP which is rated at 127W, a massive 32W higher than its K-Series equivalent.

It’s worth noting that Intel’s QDMS database, which monitors product discontinuance, does not yet list the Core i9 9900KS as discontinued.

If the various leaks are to be believed, the upcoming Intel Core i9 10700K will have eight cores and 16 threads, and a boost frequency of 5.3GHz, putting it about 300MHz above the i9 9900KS. This might make it better for gaming (which favours single-threaded speed)… in theory.

The next-gen replacement should be easier on the wallet, too. While the current-gen i9 9900K sits at $545, the i7 9700K costs only $406. Now that it seems like Intel will also launch Comet Lake F-Series CPUs (with iGPUs disabled) it’s looking like there will be some pretty powerful Intel CPUs going for much cheaper than similar spec Coffee Lake CPUs. In other words: a CPU with the performance of a Coffee Lake Core i9 CPU for the price of a Core i7 CPU. All of this depends on Intel’s Comet Lake pricing strategy, though.