Intel’s limited edition Core i9 9900KS is the fastest gaming CPU in the world, a chip designed specifically by Intel to deliver “the ultimate gaming experience.” Its eight cores of HyperThreaded goodness run all day long at a solid 5GHz. That’s not some fancy, oft-mentioned, never-met, Turbo Boost frequency, that’s a cast-iron promise of 5GHz processing performance.

Which ought to be super-exciting, but the Core i9 9900KS is a CPU that’s surprisingly hard to get passionate about. Essentially we’re talking about a bin-sorted Core i9 9900K processor that’s guaranteed to hit the peak clock speed the original Coffee Lake octa-core promised, mostly because it’s happy chugging down a heap more power than the original.

And Intel isn’t just throwing that ‘limited edition’ tag around lightly either. It’s not there to make it sound more exotic than it is, Intel really is limiting the availability of the 9900KS and you’re unlikely to be able to buy one past the holidays this year. The good news is that hopefully means Intel’s Comet Lake isn’t too far away now… though that’s not particularly encouraging for anyone considering dropping $525 on a Core i9 9900KS right now.

As it’s using the same silicon as the Core i9 9900K before it, the KS is an eight-core, 16-thread CPU built on the Coffee Lake 14nm++ production process. By extension that means it’s also the same essential processor architecture that Intel introduced with the Skylake chips back in 2015. It does include hardware-based mitigations for the various security vulnerabilities that have come to light over the intervening years, however, though that in itself has caused its own issues… 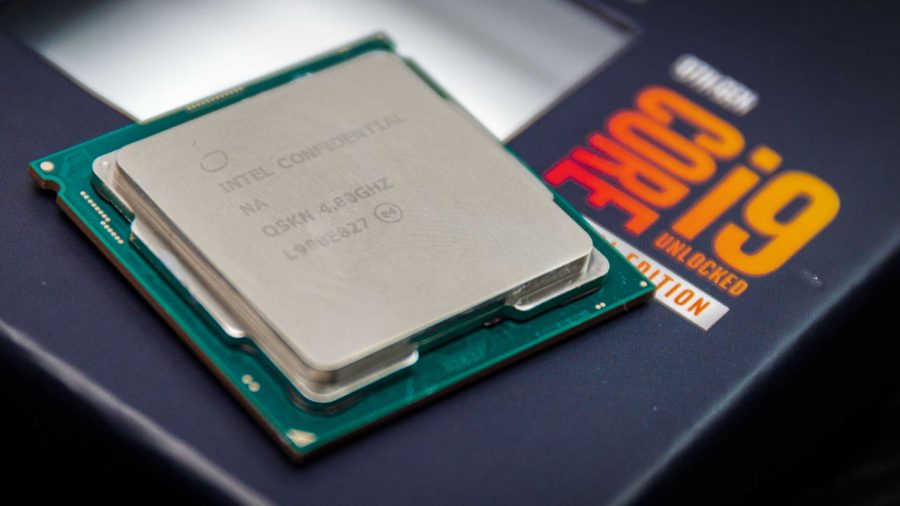 A look at the specs table for the 9900K versus the 9900KS might have you scratching your head, with both reportedly offering a Turbo clock speed of 5GHz. The thing to mention is that’s a best case scenario for the 9900K, where if only a handful of processing threads are being used it will dynamically dial the silicon up to 5GHz, but if every fibre of its being is taxed you’ll generally see it knocking around 4.7GHz.

Where the Core i9 9900KS stands out then is that 5GHz mark is guaranteed no matter how taxed those cores get. Even at 100% CPU load across all 16 processing threads it will still run them at 5GHz.

And that means you can be sure that whatever you’re doing with your PC, whether you’re gaming, recording, and streaming at the same time, your 9900KS will be hitting its maximum clock speed.

Intel has achieved this by picking the most robust of the eight-core Coffee Lake chips, the 14nm silicon that is definitely capable of hitting 5GHz on all cores without batting a metaphorical eyelid. And then making sure it has access to all the power it could possibly need to maintain that level of performance no matter what. As such the 9900KS has a TDP rating of 127W compared with the 95W rating of the standard 9900K.

To be fair to the 9900K it was possible to overclock the original Coffee Lake octa-core, but reportedly only around the top 30% of retail chips were actually able to hit that mark. It was also already possible to purchase bin-sorted versions that were guaranteed to nail a 5GHz all-core frequency from the likes of Silicon Lottery, but for a greatly inflated price. You could expect to have to drop over $700 just for the privilege, which I guess actually makes the fact you can pick up the pre-binned 9900KS for less than the original MSRP of the 9900K actually pretty good. 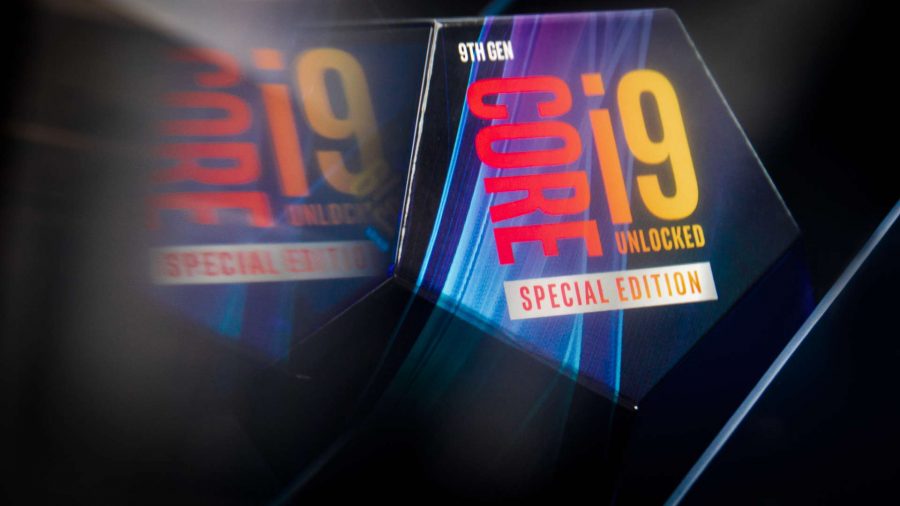 So, what difference does having the fastest gaming processor actually make, and is it really the ultimate gaming experience? Let’s be honest here, a processor alone cannot make for the ultimate gaming experience. So much of your PC’s in-game performance is down to the graphics card and the resolution that you run your monitor at, which makes the GPU far more responsible in that regard.

The fastest gaming CPU on the market is all well and good, but don’t expect it to suddenly turn your rat rig into a gaming monster

But every little helps, and in the absolute strictest terms the Intel Core i9 9900KS does provide the highest gaming performance when compared with either the original 9900K or AMD’s rival 12-core Ryzen 9 3900X. Though where it does it’s not by much, and therein lies the rub. Making sure you’ve got the fastest gaming CPU on the market is all well and good, but don’t expect it to suddenly turn your rat rig into a gaming monster all on its own. Using the same graphics card the performance difference between the $525 9900KS and the $180 AMD Ryzen 5 3600 is negligible.

The biggest difference can be seen when you’re running your games at lower resolutions, here represented by our 1080p benchmarks. There is often clear water between the 9900KS and the competition at this level… though it’s not necessarily representative of a real-world situation. If you’re going to spend the cash on a $500 CPU you’re unlikely to be running your games at 1080p.

At 1440p and above the performance delta quickly evaporates, and there is nothing to choose from between the top chips in our test. In fact in the 3DMark test the extra cores of the Ryzen 9 3900X give it the edge thanks to that benchmark’s predilection for multithreading, something actual games are still to take advantage of.

And when you look at the power draw and temperature metrics of the 9900KS you see how Intel is able to maintain the performance it does across all eight cores. Both platform power and peak temperatures are higher even than the notoriously hot and heavy 12-core Ryzen chip. For the extra pace you get over the 9900K alone it looks quite extreme. 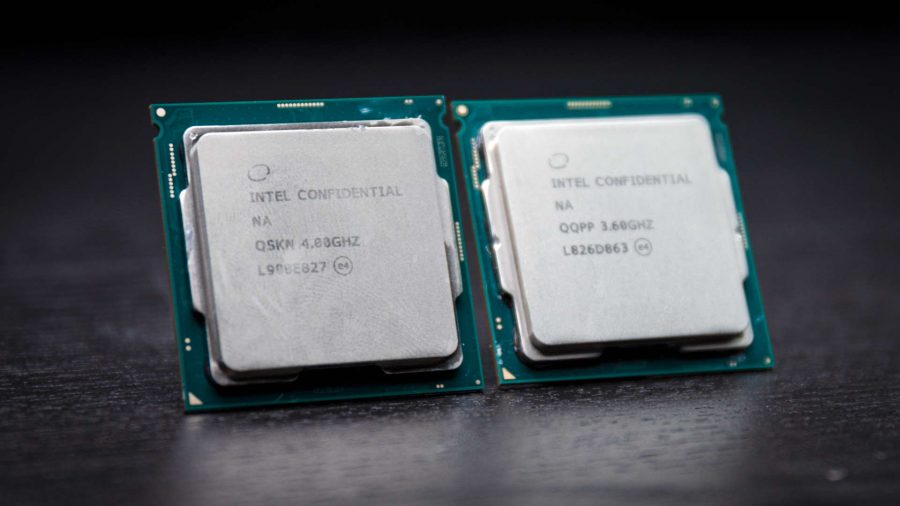 It might have been had the 9900KS offered more overclocking headroom than its forebear, but we could barely get another 100MHz all-core pace out of our sample from Intel. Despite early reports suggesting 5.2GHz was a breeze, it seems that only around 3% of KS chips can actually hit that frequency reliably, according to Silicon Lottery’s stats. Which I guess is why it’s planning on selling binned 9900KS chips with guaranteed 5.2GHz performance for $1,200. Selling them to chumps, I’d wager.

That limited overclocking is not a huge surprise, though, because it is just a bin-sorted 9900K. And just because it’s rated to hit 5GHz, that doesn’t automatically mean it can go any further.

But the references to the Silicon Lottery sales are still important when thinking about the 9900KS. Sure, it looks like a bit of an oddity in a world where the 10-core Comet Lake desktop processors are likely just six months away, and it’s not really delivering that much extra gaming performance for all it’s 5GHz secret sauce. But the fact that Intel is selling a bin-sorted CPU, the equivalent of previous $700 chips, for less than the MSRP of the original 9900K is still pretty good.

That said, the market has changed in the 12 months since that chip launched. And AMD has made serious inroads into Intel’s gaming processor dominance with its Ryzen 3000-series CPUs. The IPC gap hasn’t necessarily been completely bridged, but it’s been closed to a level that makes the comparison a far more favourable one for the more-affordable AMD processors.

And that all makes the severely limited edition Core i9 9900KS a tough chip to recommend, even with that ‘fastest gaming processor’ tagline.

Intel's special edition is the fastest gaming CPU around, but the relevance of that particular award has lost much of its lustre.