Once more the ‘Samsung is making Intel processors’ rumour has popped up again. This time with a Korean news site claiming sources ‘familiar with the internal situation’ are positive that contract negotiations between the two semiconductor giants – and semiconductor rivals – are entering the final stages.

The report claims that Samsung will go into production of 14nm Intel processors at the tail end of 2020, with it specifically citing Rocket Lake as the first of the Samsung-produced Core CPUs when it debuts in 2021.

With the decline in the memory industry knocking Samsung off the top of the semiconductor charts, and putting Intel back up there, the Korean giant is now taking aim at the contract manufacturing market and has TSMC firmly in its sights. TSMC is the number one at the moment, compounded by AMD picking the Taiwanese manufacturer for all its 7nm CPU and GPU parts. And this latest report is suggesting that’s exactly why Intel has opted to chase Samsung to make up for its 14nm manufacturing shortfall and specifically not TSMC.

And yes, like all of the recent Intel – Samsung rumours, this one stems from the fact that Intel has been struggling to keep its 14nm manufacturing levels up while it continues to seek a transition over to the 10nm process. We will be getting 10nm chips this year, but only in Ice Lake laptops, and it doesn’t look likely that we’ll be getting any 10nm desktop processors any time soon.

Chip shot: The best CPUs for gaming around today

In fact recent leaks seem to suggest that we’ll be cruising the 14nm highway long into 2021, with the Rocket Lake processors that Samsung is reportedly set to start manufacturing for the big blue at the end of next year.

This latest report has come from SeDaily (via TechPowerUp) and, through the magic of Google’s machine translation, quotes officials familiar with the negotiation: “We know that the contract negotiations with Intel, which was only rumored, are in the final stages.” 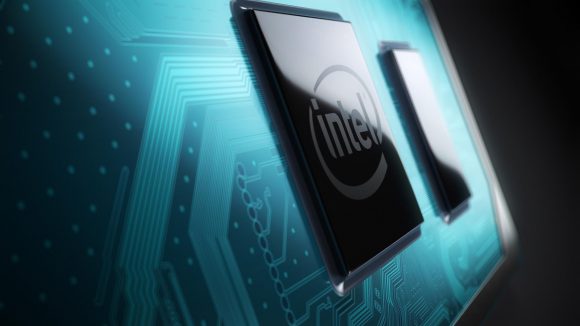 We’re expecting 14nm Comet Lake desktop processors to arrive either next year, or with a few select SKUs appearing pulled forward to later this year in order to compete with AMD’s Ryzen 3000 processors.

It’s a shame that we might not see Ice Lake desktop parts because from what we’ve seen of the mobile versions they look like fantastic chips that could really compete with AMD’s latest CPUs. The IPC increase of the Sunny Cove cores inside Ice Lake looks to still keep Intel ahead of AMD in the single-threaded performance stakes – which is what makes a good CPU great for gaming – and that’s even taking into account the higher IPC of the new Zen 2 processors too.

Whatever happens, we’re in for quite a ride in the PC hardware world. And, for us gamers, it’s going to be a bit of a joy ride, because we’re the ones who are going to benefit from this increasingly competitive environment as all the main tech companies vie for our attention and, of course, our money.