Intel Tiger Lake ‘upgrade kits’ are already rolling out to system builders, a listing on the Eurasian Economic Commission (EEC) suggests. Marking the 11th generation of mobile processors for Intel, Tiger Lake chips will be built on the 10nm+ process node and come fitted with Intel Xe integrated graphics – and they’re already out in the wild.

The exact contents of these kits remains a mystery. All we know is that there are two total: the upgrade kit and a development kit for the upgrade kit. Both are courtesy of a recent registration on the EEC. It would appear that the kits are for system integrators only, hence the “Si Only” tag, and likely intended to keep OEMs up to speed in time for launch sometime later this year.

It would appear from the development kits that Intel is making good headway on Tiger Lake, following its initial teaser of the 10nm+ processors and Intel Xe DG1 graphics over a CES 2020 in January. Live on-stage, Intel demonstrated Tiger Lake and DG1 graphics running Destiny 2 on a thin-and-light laptop – the specs and performance of which remain unconfirmed.

Intel teased Tiger Lake for launch later this year during that same show, promising OEMs could get their hands on chips sometime in Q2 or Q3. That would likely result in a launch roughly the same time frame as Ice Lake late last year. Yet these EEC listings hint to movement on Tiger Lake earlier than expected – but perhaps we’re being optimistic. 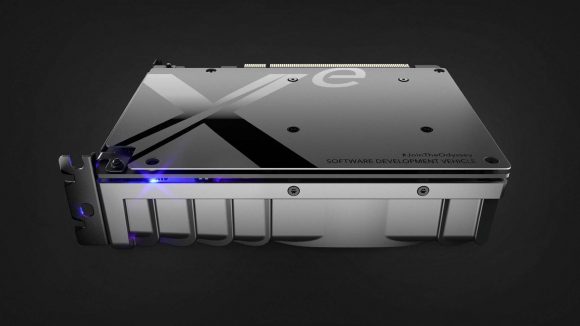 Intel Ice Lake processors launched last August under the 10th Gen banner, shortly thereafter joined by 14nm Comet Lake processors to make up the numbers. We’re still waiting on 10th Gen Comet Lake H-series processors –  those with enough computational grunt to power our gaming laptops – and we would suspect there would be a considerable chunk of time between high-end Comet Lake and the arrival of 11th Gen chips.

Then again, a staggered launch could work wonders for Intel’s tepid supply chain, and we’ve already seen a Tiger Lake 10nm+ wafer in the flesh. There’s also the supposed summer 2020 Intel Xe release date to consider and it’s looking increasingly likely that mobile Tiger Lake chips will be our first glimpse of Intel Xe in the flesh.

It’s been supposed that Intel could be weaving together Tiger Lake’s 96 EUs with DG1’s 96 EUs for a combined graphics performance far surpassing that which could otherwise be achieved with either one alone. But, then again, multi-GPU rendering is incredibly tough to nail down. Seamless multi-GPU on your first try? Fuhgeddaboudit.