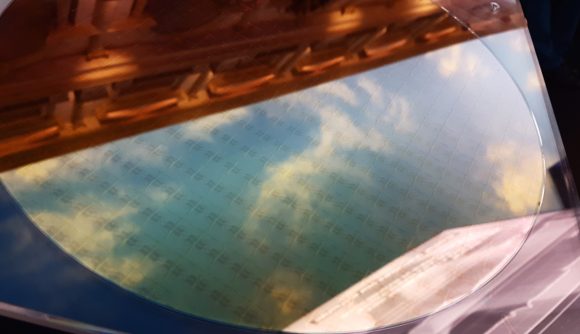 We’re told the wafer’s appearance at Intel’s CES 2020 press event was a surprise even to Intel’s own staff, although I’m not sure I buy it. It’s just too good a photo op. But I do like the idea of an Intel engineer stuffing a wafer in their bag on the way out the door to the airport. Nonetheless, we’ll take whatever we can get on unreleased product.

Tiger Lake will launch as the successor to Intel Ice Lake mobile chips later this year. It’s expected to launch with up to 96 EUs, 50% more than Ice lake, for better graphics and AI performance. It’s also likely to be paired with DG1 discrete graphics often, such as within the thin and light laptop used by Intel to demonstrate gaming performance live on-stage at CES.

Check out the images of the Tiger Lake wafer below. A few also feature the reflection of the (deeply strange) indoor sky within little Venice at The Venetian hotel in Las Vegas. It’s really shiny, okay? 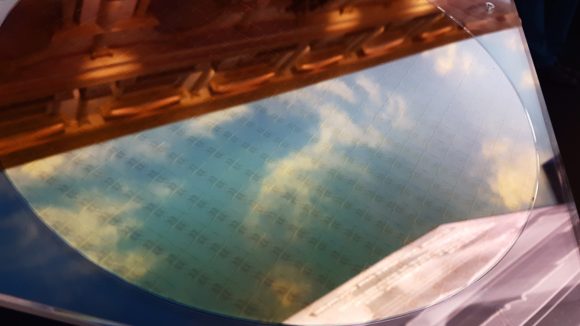 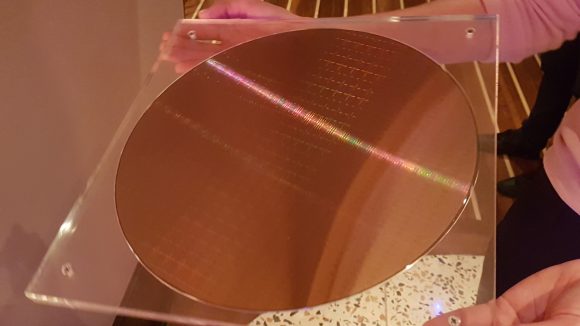 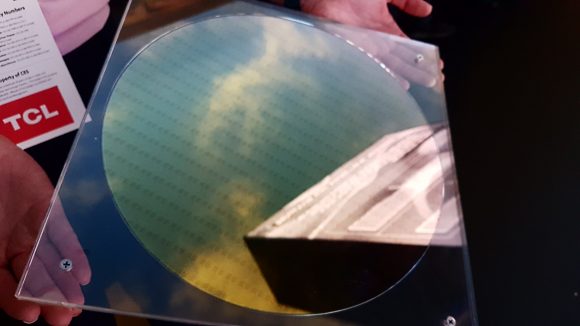 Intel is yet to announce a firm Intel Tiger Lake release date. Our best guess would have these new mobile chips launching roughly one year on from Ice Lake in 2019, likely sometime in Q3.