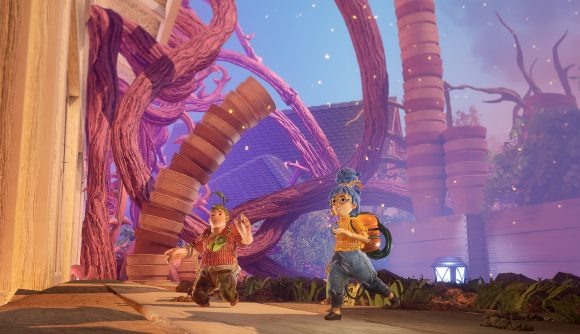 Joyous co-op game It Takes Two came out this week, and it’s proven a hit. The charming action-adventure game is a Steam top seller this week, and one of two new entries to the top ten.

Developed by Hazelight, It Takes Two is a puzzle game where a couple on the rocks is forced to get along to reverse some evil magic. Thanks to friend’s pass, you only need one copy for your buddy to play too, and per Metacritic, It Takes Two is the best-reviewed game of 2021 so far. No wonder it’s landed straight onto seventh in the Steam top sellers.

The other fresh face is at number two, Subverse, a very NSFW space game from developer Studio FOW Interactive. Half-Life: Alyx returns to the chart, currently on sale for 40% below its regular price until the end of the month. The Witcher 3: Wild Hunt is benefiting from a cut price too, the 80% off game of the year edition very likely the reason it’s at ninth this week, and Cyberpunk 2077 manages to squeeze back in at tenth.

Outriders is up from ninth to fifth, Grand Theft Auto 5 slides from third to sixth, and Valheim is still reigning, number one now for eight weeks running. The Viking game just won’t budge.

Here’s the trailer for It Takes Two:

We spoke to It Takes Two’s director about Hazelight’s love of co-operative play.