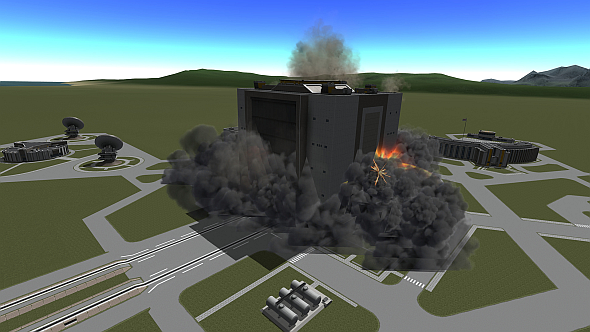 Take-Two Interactive, the owners of both Rockstar and 2K Games, have acquired a smaller but no less prestigious property with the purchase of Kerbal Space Program.

We reckon Kerbal Space Program is one of the best indie games on PC.

The news was announced on the Kerbal Space Program blog and in a press release from Take-Two. Reaction on Steamis on the negative side of mixed, with expected comments along the lines of ‘RIP KSP’ tempered by a few others arguing that, hey, at least Take-Two aren’t EA.

Likely having anticipated such concerns, KSP devs Squad insist that “this big news doesn’t change much” for their fans. The current team are still in place, still working on KSP and its updates, “but now we are fortunate enough to do so with the help of an experienced publisher like Take-Two.”

For their part, Take-Two head of corporate development Michael Worosz insists that his company are committed to growing the game, and says “We view Kerbal Space Program as a new, long-term franchise that adds a well-respected and beloved IP to [our] portfolio”.

KSP’s next expansion is titled Making History. It will add a mission editor and a history-themed mission pack, challenging players to relive missions from the early years of human space exploration.

The other week, we heard that several members of Squad have left to work at Valve, but the devs insist that the “core” KSP team is still intact.