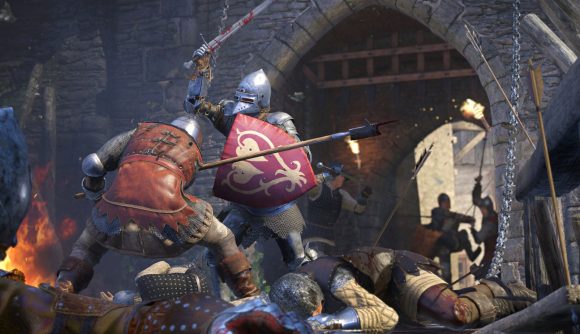 If you didn’t get the chance to try one of the best RPG games of the last decade, Kingdom Come: Deliverance, for free on the Epic Games Store earlier this year, fear not – it’s free-to-play on Steam this weekend. And, it’s discounted until early next week, too, in case you’re keen to pick it up for cheap once the free weekend’s up.

As announced on its Twitter channel, developer Warhorse Studios is celebrating an impressive new milestone of three million units sold since the open-world game’s launch in early 2018 by giving players the chance to dive in for the low, low price of zero dollars. The free (long) weekend kicked off June 18 – meaning it’s free to sink your teeth into right now – and will run through June 22, so get clearing your schedule for the next few days if you’re keen to try it out.

In our Kingdom Come: Deliverance review, we scored the game an eight, concluding it’s “a rich RPG where the finest details and choices you make help mould your character” and that while it’s “as stubborn as it is embracing, making for a potentially tumultuous relationship between player and game” it’s “a relationship you’ll absolutely feel compelled to nurture.”

Thank you all for your support! Over 3 Million people bought #KingdomComeDeliverance by now.
To celebrate this, KCD will be playable for free this weekend on Steam, starting in a few hours (7pm CEST). The perfect opportunity to show your friends what you like about 1403 Bohemia! pic.twitter.com/auKOIwx7rl

Head to the game’s Steam page here if you’re keen to try the game for free this weekend, and be sure to go take a look at our lists of the best free PC games, free Steam games, and free GOG games if you’re curious to see what other gratis goodies are out there to dip into.