The 1990s were an interesting time: there were grunge bands, video rental stores, and videogames were still figuring out how to appeal to adult audiences. Interplay’s Kingpin: Life of Crime debuted in 1999, and it was a gritty, expletive-laden immersive sim built in the Quake II engine and seemingly designed to horrify parents. Twenty-one years later, it’s getting a remaster in Kingpin: Reloaded.

3D Realms announced the remaster Friday with a trailer that shows off the enhanced 4K visuals and the grimy atmosphere players will encounter as the Thug from the 1999 original. The Reloaded version of Kingpin will also support 60 fps and ultrawide monitor support, a new quest system, and some welcome rebalancing and polish.

While Kingpin was built in the Quake II engine and features a ton of graphic violence and deliberately colourful language, it’s quite a bit more than a straight-up shooter. While certainly not as complex as games like System Shock or Deus Ex, it certainly qualifies as an immersive sim with its NPCs, quests, and progression systems. 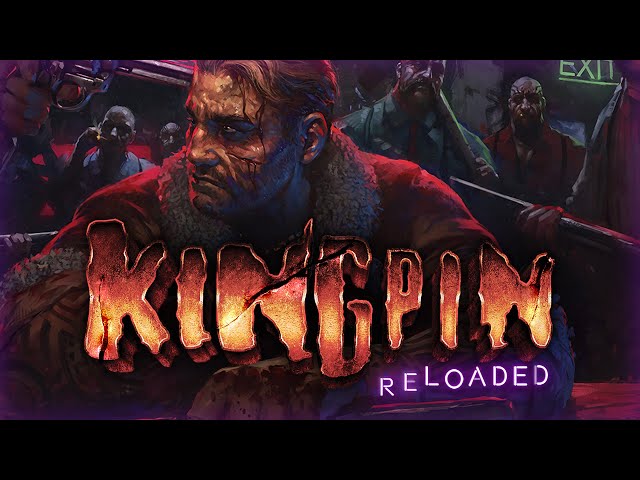 As the otherwise-unnamed Thug, you can choose to approach situations non-violently, talking your way through many encounters and improving your reputation as you work toward taking out the crime boss who had you beaten and left for dead in an alley.

Of course, you can also opt to just bludgeon everyone in your path, but be warned – on normal difficulty, combat gets pretty hairy in Kingpin. It’s a good thing, then, that you can recruit your own goons to help you out. They’re surprisingly capable both in firefights and in navigating level geometry, making Kingpin a pretty impressive technological feat for its time.

We’ll have to wait and see how well its setting and premise hold up in 2020. Kingpin: Reloaded will be available later this year – 3D Realms hasn’t yet set a specific release date.

In the meantime, check out our list of the best classic games you can still play on PC.