If you’re already a fan of King’s Bounty then this long-awaited sequel isn’t likely to disappoint. At its core you’ll find the same satisfying turn-based tactical combat that inspired the Heroes of Might and Magic Series, but it’s trussed up in a clunky open world and marred by some lacklustre storytelling. It’s a much trickier pitch for newcomers.

Outside of combat, every trick it plays to try to modernise itself has been done before, and better, over the past 12 years, and the frustrating grind may prove too much for more modern tastes.

The largest and most obvious glow up from the previous entry in this series, 2008’s King’s Bounty: The Legend, is the move to a big 3D open world. The Kingdom of Nostria looks great, with a smattering of different environments to explore that make the most out of an imaginative and vibrant colour palette. The countryside is replete with rolling hills and sleepy dirt roads, and golden patches of wheat break up the otherwise emerald vista. It would be straight out of a medieval painting if not for the towering, Tolkien-inspired architecture looming over it all.

Though the presentation apes the grounded fantasy of series like The Witcher, the world itself doesn’t feel very alive or self-reliant. NPCs stand idly, spouting repetitive voice lines at each other. It never feels like they’re doing anything but waiting for you to come talk to them. The villagers and townsfolk you meet aren’t shy about asking you to take care of their problems, but it’s rare that these sidequests resolve in a way that truly twists expectations. It doesn’t help that there are no dialogue options or any way to have agency over how each encounter goes. Out in the wild you’d be hard pressed to find any life that doesn’t want to devour you, and the lack of a day/night cycle makes Nostria seem like it’s frozen in time. 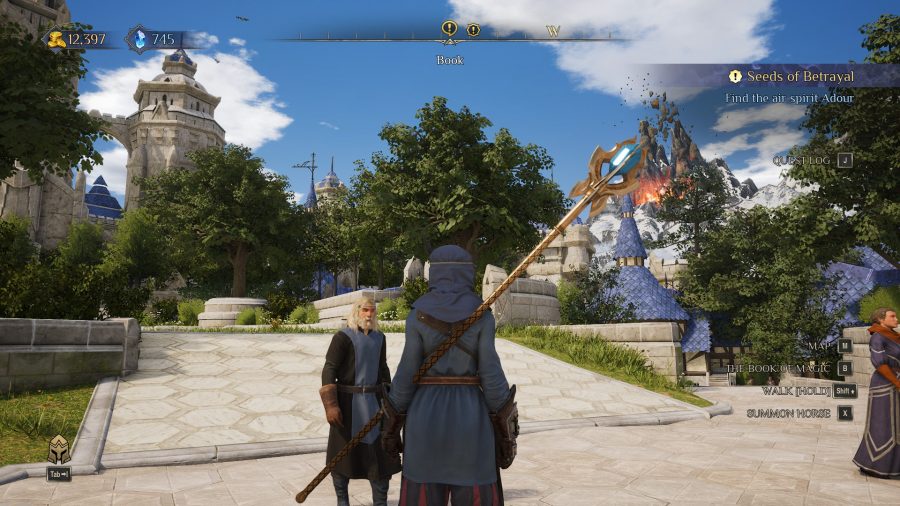 Exploration is very limited too, and for the most part you’re restricted to clearly designated paths and clearings. Jumping up or down ledges is a no-no, and this can make getting to particular points of interest a real chore, especially when they’re just out of reach. ‘Points of interest’ may be a tad strong for what you’ll encounter in most of King’s Bounty II’s nooks and crannies – you’ll find no shortage of containers to search for random items or gold, but I can’t recall many standout areas.

You choose from one of three starting characters: a gruff and grumpy mercenary; a mage who’s basically a witty jerk; and an earnest, naive paladin. Their differing personalities are capably reflected in what they say to others, but regardless of whether you’re playing as the kinder paladin or the blockheaded mage, everyone else treats you the exact same way.

Outside of combat, the only real difference between these characters is how they solve problems in the world. Aivar the mercenary is unable to get past anything that requires a basic understanding of magic, like a barrier erected by another mage, but the other two can handle it just fine. This feels like an unfairly limiting factor for one of the three characters, and it’s pretty inconsistent as there are plenty of side quests and puzzles that require a magical touch, which Aivar can apparently just grumble his way through instead.

The main story is standard fantasy fare. Before you take control of them, your main character spent several months in jail for being an unwitting accomplice to an attempt on the King’s life. After being freed under mysterious circumstances, you embark on a tale full of prophecy and politics against the backdrop of an impending apocalypse, all of which you’ve already encountered in some form or fashion in another fantasy world – likely several. With the exception of some choice NPCs, the mostly wooden voice acting and bland writing doesn’t make investing in this heroic quest particularly tempting. 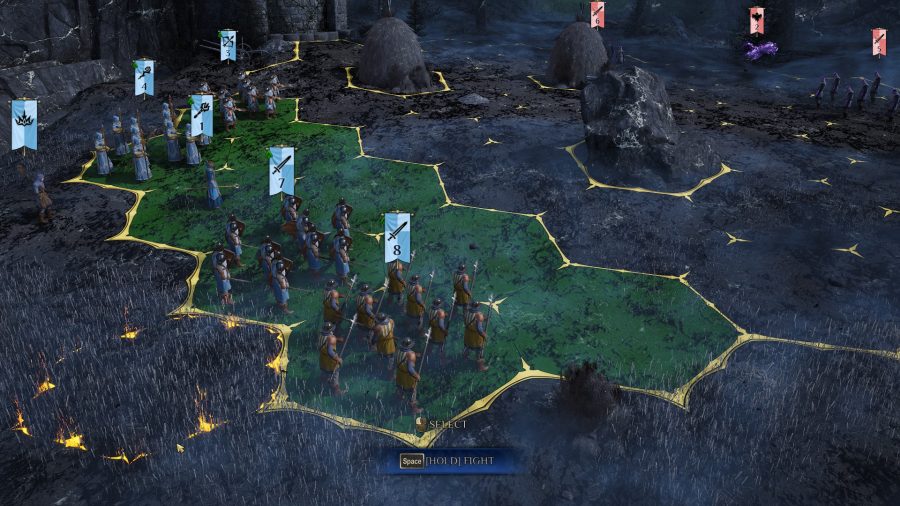 It’s all just an excuse to get you into combat, which thankfully feels great. Heroes of Might and Magic fans will recognise King’s Bounty II’s brand of turn-based tactical battling. Each unit is a stack of individual recruits that comprise a cumulative health and strength total. Your character sits on the sidelines like a coach calling plays to the team on the field, casting supporting spells to buff teammates or damage foes. All characters can use magic from either spell books or single-use scrolls, but whereas the mage and the paladin start out with the ability to turn the scrolls into the spell books, the warrior will need to spend extra points in the skill tree to learn that ability.

Jumping up or down ledges is a no-no, which makes getting around a real chore

The battle experience is tarnished by a busy HUD and unclear UI. I can see if moving to a hex will give a ranged unit line of sight of an enemy, but I can’t accurately determine if an enemy will have line of sight on me if I want to move defensively. The tooltips are also often buggy. For example, sometimes you can’t see the enemy’s movement range even though you could the previous turn.

Frustratingly, many of the battles in King’s Bounty II take some trial and error. Enemy units know how to dig into your weaknesses and will show no mercy. A small slip up early in a match can result in a devastating slide into failure. I never felt like I lost a battle unfairly, but I also never felt like a comeback was on the cards after a single mistake. With time, you’ll learn how to get the most out of each individual unit and act accordingly, but the learning curve is steep. 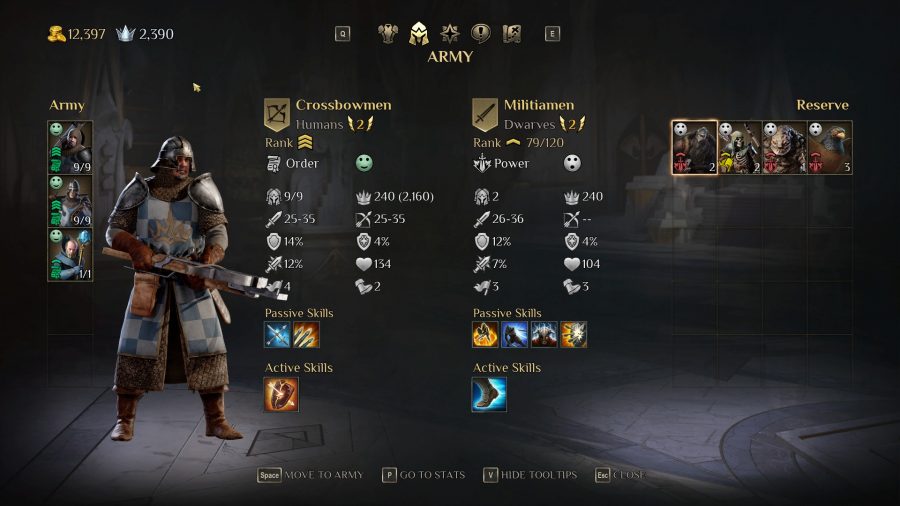 All battles, even ones that are sprung on you by surprise, can be deferred so you can reshuffle your troops. This is a welcome mercy seeing as it can often feel like a battle is won or lost in the placement phase.
If you do lose the fight, it isn’t strictly game over. However, King’s Bounty II doesn’t provide you with many options for rebuilding after defeat. Recruiting new armies is costly and there are desperately few ways to make gold. The most consistent way is to hoard all the useless garbage you find and sell it to vendors for some quick cash – selling junk to fund an army feels pretty low fantasy.

It’s disappointing that King’s Bounty II’s open world gambit doesn’t pay off. The combat strikes a satisfying balance between fun and challenging, but everything around it feels humdrum when compared to today’s best open-world games. The beautiful world is jarringly lifeless, and some stodgy writing and performances prove that the best RPG games leave very big shoes to fill.

1C Entertainment's attempt to reinvigorate the long-dormant series proves two things: its turn-based tactical combat is timeless, and making a compelling open-world experience is harder than it looks.