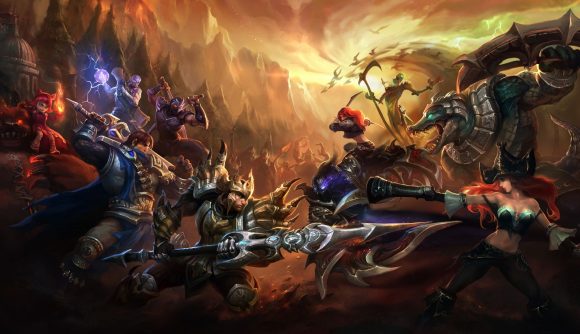 Escalating tensions between the United States and Iran have now led to League of Legends being effectively blocked for players in both Iran and Syria. As of June 22, players trying to log in to League of Legends from either nation were greeted with a message informing them that U.S. laws and regulations prevent Riot from running the game in their countries.

The U.S. has levied a trade embargo against Iran since last August, but animosity between the two countries has ticked up in recent weeks, with the U.S. accusing Iran of orchestrating attacks on oil tankers in the Strait of Hormuz. Iranian armed forces shot down a U.S. military drone in the region earlier this week.

Now, the U.S. is tightening sanctions on Iran, barring American companies from doing business there and with certain allied states including Syria. As Dot Esports reports, that includes Riot’s microtransaction-based free-to-play model for League of Legends.

The full message, posted by an Iranian user in the League of Legends forums, reads: “Due to U.S. laws and regulations, players in your country cannot access League of Legends at this time. Such restrictions are subject to change by the U.S. government, so if and when that happens, we will look forward to having you back on the rift.”

Players in Iran and Syria can – partially, at least – circumvent the embargo by using a VPN, which many players reportedly already do in order to access other games that have been banned in their countries. But clearly, this isn’t an ideal situation for League players in affected areas, as VPNs usually mean high latency.

As this comes as a direct result of U.S. law, there’s nothing Riot can do at the moment to help Iraniain and Syrian players out – other than to hope the conflict comes to and end quickly and peacefully.