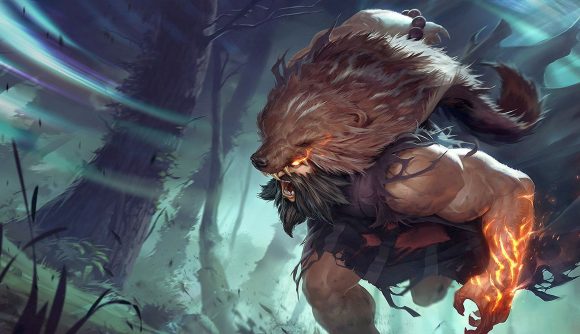 Now and then, a big League of Legends VGU – that is, a visual and gameplay update – makes its way to the MOBA game, bringing a raft of changes to the way a champion plays and looks. For example, this year’s Dr. Mundo rework saw the Madman of Zaun’s abilities, skins, and splash art overhauled. As you can imagine, VGUs are a massive undertaking for the devs at Riot Games, and it sounds like we won’t see the rate of them increase any time soon for this reason.

Lead champion designer Bryan ‘RiotAxes’ Salvatore has responded to some questions and suggestions about possibly increasing the number of VGUs pushed out each year, explaining that while the devs don’t “dislike” the reworks, there are some issues that limit how many they can realistically tackle at a time. The first of these, the dev says, is that they can “cause churn among existing players of the champions”, as “even the respectful, lower disruption ones cause some players of the champion to quit” – a key concern given a number of League players tend to stick to maining a single, preferred champ.

Salvatore says that, while a VGU executed well can give players “something cool to play with”, they do also mean that something players previously loved playing does get removed in the process.

Another concern for the studio is that VGUs are “far more costly than a new champion due to updating all of the skins”, with the cost being largely on the art side of the reworks, meaning purely visuals-focussed updates – rather than full VGUs – aren’t really much of an easier alternative. Salvatore explains that, while the studio does see some sales spikes on reworked skins when they drop, they’re “not nearly what we’d see just doing the same number of new skins”.

A factor that ties into this, the dev explains, is that “the reality of trying to hire, say, VFX artists is that there are never enough to go around”. He adds that, while the team would like to get more VGUs out than they’ve done this year, “the rate isn’t likely to go up enormously in the near future”. So, while seeing your favourite champs – or those you like to battle against – get a full rework unveiling is always an exciting thing, it doesn’t sound like we can expect the number of VGUs to dial up in the coming years.

Following the most recent – Dr. Mundo’s rework earlier this summer – we’ve got Udyr in for the next VGU, who won the poll that Riot posted right at the beginning of the year. The new-and-improved Spirit Walker is due to arrive sometime in 2022.