Chance the Rapper was both the host and musical guest for this weekend’s episode of Saturday Night Live, and in one sketch he tries his hand at esports reporting, and finds that it’s a strange and unfamiliar world.

The Grammy-winning artist and activist plays a reporter named Lazlo Holmes who normally covers the New York Knicks at Madison Square Garden, but who is roped into covering the League of Legends World Championships there when the usual esports reporter is unable to attend due to taking a preparatory exam for university acceptance.

The sketch is full of a lot of predictable “ew, nerds are weird” jokes, but it’s hard not to love Chance’s palpable sense of bafflement at what’s happening in the clips he’s shown by the MSG anchors, played by SNL cast members Mickey Day and Kyle Mooney (who also pretty clearly have no idea what they’re talking about).

“How are you feeling down there, Laz?” they ask Holmes, who is standing down by the tournament stage.

“Ha, confused!” he says. “To be honest, when they asked me to cover the League of Legends, I thought it was going to be a basketball game with NBA legends. This is… not that.” 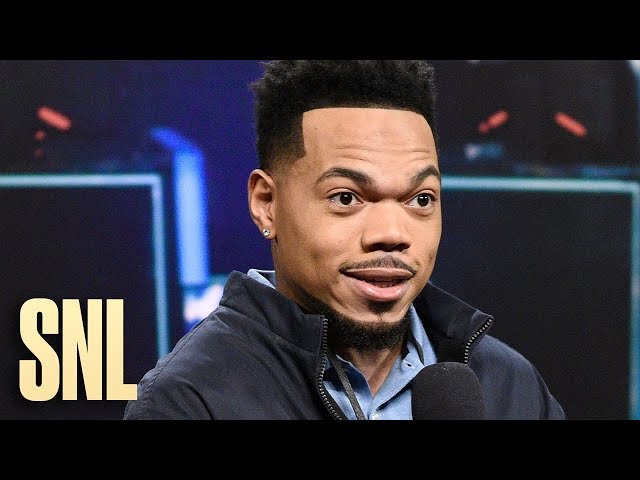 “Laz, walk us through that last match,” prompts Mooney.

“Uh, no thanks,” Holmes says. “Nah, I’m just playing. There are ten nerdy dudes sitting down at computers with headsets on, while 20,000 people scream like they were watching the Beatles. I did not know this was a thing.”

“Hold on, Laz, I’m sure you have thoughts on Team Echo’s attack strategy,” Mooney suggests.

“I do not,” Holmes fires back.

Chance the Rapper is more familiar with videogames than his baffled Lazlo Holmes character might suggest. Last year, he weighed in on the controversy over Fortnite’s use of dance moves created and popularized by hip-hop artists, suggesting that Epic ought to monetize and share profits with the creators.