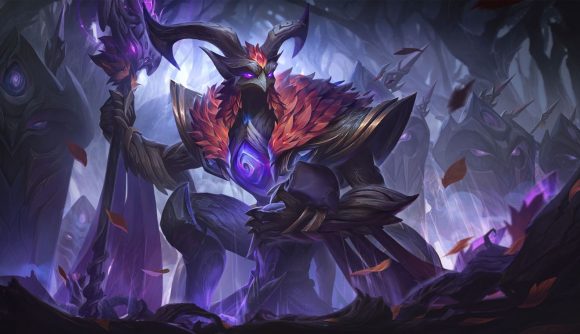 League of Legends developer Riot Games has announced that the multiplayer game’s in-game chat feature is getting some more tweaks over the next two patches. Starting with League of Legends patch 11.1 – which is due to drop this week – the MOBA game’s chat is going to see various adjustments, some of which should make big improvements to players’ experience in using it.

Senior experience designer on League of Legends Jordan Checkman has revealed three upcoming chat changes on Twitter, with the first being “ctrl + A / drag select” in 11.1, followed by a fix for that “end of game double-enter bug” in the next patch, 11.2. Plus, the dev reveals there are also some scaling tweaks on the way with the 11.2 update, meaning that “chat will be larger at small resolutions and scale better”, which should be exciting news for fans who haven’t enjoyed the adjustments made to chat in recent months so much.

Back in late November, gameplay design director Mark Yetter posted about some improvements coming to the feature following player feedback on some of those recent changes, and a bundle of handy tweaks arrived in patch 10.25, reducing font size, widening the chat window, and fixing a couple hiccups.

Alongside these upcoming changes, Checkman has also noted on Twitter that an adjustment to chat to help with typing while moving your champion about in-game is on the devs’ radar, though there’s no planned fix for this this just yet. So, we likely won’t see this drop in the next couple of patches alongside the other tweaks.

All of these are subject to change yadda yadda.

It’s also worth noting, as the dev’s highlighted, that the changes mentioned are subject to change, so aren’t set in stone.

The first of these updates is set to arrive tomorrow, on January 6, so we can expect to see the drag select change drop into the live game very soon. Check out the League of Legends patch 11.1 notes to get a tentative idea of what’s on the way with the first patch of the game’s 2021 season – and be sure to keep an eye out for the LoL season 2021 opening day livestream on January 8 at 07:00 PT / 10:00 ET / 15:00 GMT.