League of Legends is finally, finally, getting a new Death Recap system. In a ‘Riot Pls’ video published earlier today, lead producer New001 confirmed rumours suggesting that the much-maligned system was in-line for a major overhaul.

In the video, which you can check out for yourself further down this article, New001 said that “after nearly a decade of taking 500 damage from Flash, we’re finally updating the Death Recap screen. Our goal was pretty straightforward. We wanted to make Death Recap accurate, informative, and easy to read, so you can meaningfully adapt to whatever your enemies are throwing at you.”

All that would be helpful, of course, but it’s not exactly been something players have come to expect over the past ten years. The screen can be opened after you die, and is supposed to record which enemy units and abilities dealt lethal damage, what type of damage they dealt, and how fast they killed you. It is, however, notoriously unreliable, and it’s not uncommon for the information to be at best wildly unhelpful, and at worst incredibly inaccurate, citing damage from non-damaging spells or neutral monsters not involved in the fight.

There’s not too much information at the moment, but the video does offer a brief look at the new system. As soon as the champion in question dies, a pie chart pops up, showing how much damage was dealt, and what share was physical vs magical. It also mentions the length of the fight, shows the three primary damage dealers, and tells you how long you lost control for during the skirmish. Opening it up further shows exactly what spells were used to finish you off, and the scores of the players that killed you. 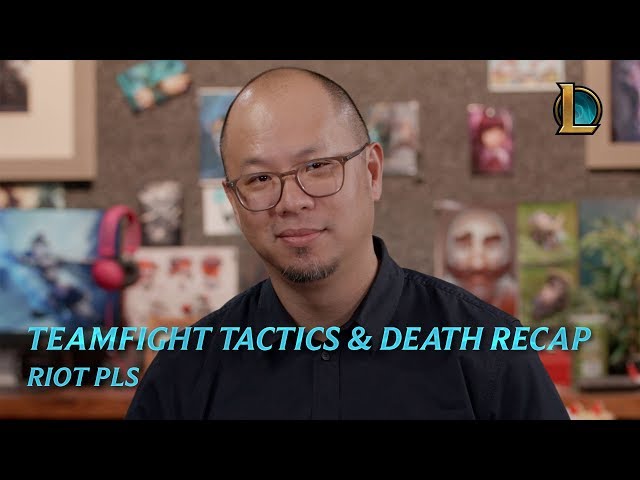 That lines up with similar information that surfaced last month, as eagle-eyed viewers got a glimpse of the new system in a video from Voyboy.

Stay up to date: With the League of Legends patch 9.13 notes

After nearly ten years of waiting, I’m happy to report that the new system should be with us very soon. New001 says it’ll hit the PBE with the arrival of League of Legends patch 9.14, so we can bid farewell to the old system within a month or so.