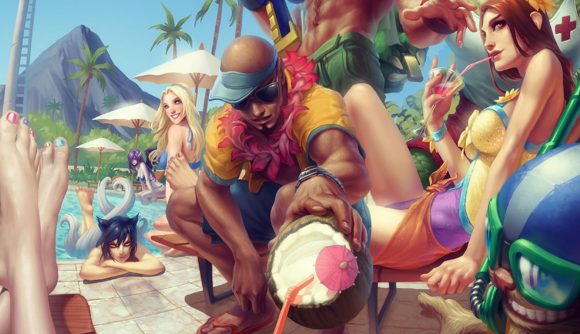 As the new season of the League of Legends Championship Series gets underway, a new poll of LCS players has come out to shed some light on the pros’ deepest thoughts – about which lanes are most important, which regions are the best, and whether playing professional League of Legends has been romantically beneficial. The answer in one of these cases may surprise you.

As reported over on our sister site The Loadout, the poll included 86 current members of the LCS and Academy players. The survey asked respondents whether being a professional League of Legends player had helped them with dating, and 52% said it had (40% said it hadn’t, and 7% were unsure).

That may come as something of a surprise, but it makes more sense when you think about the fact that League of Legends has charted up to eight million concurrent users – that’s a lot of people, and because of how much there is to know and learn about League, they’ve always got something to talk about.

Amusingly for a North America-based league, only 34.9% of the pros said North America was the better region when asked to choose between North America and Europe. As The Loadout notes, that may be due to a recent influx of professional European players into the LCS during the EU off season.