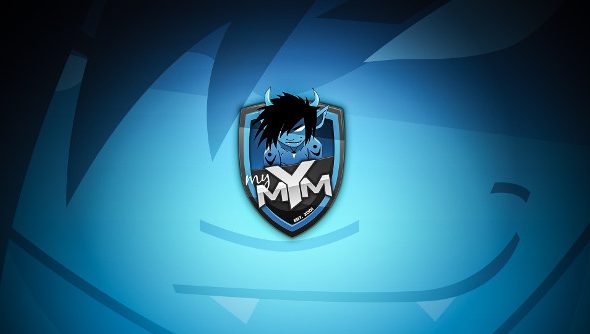 There’s a new PR disaster in competitive League of Legends. Word has come out of the European LCS that the MeetYourMakers team played some truly appalling hardball negotiation with their midlaner, Marcin “Kori” Wolski. After Kori balked at continuing to play with the team following a dispute over back-pay, the MYM manager decided go for the full Don Corleone treatment: he told Kori that if he didn’t come back to the team, he would be in breach of contract and that he would be permitted to seize Kori’s mother’s house.

Let’s repeat that: the MYM manager threatened to take his player’s mom’s house.

In another tremendous scoop over at the Daily Dot, reporter Richard Lewis details just how this situation went so completely off the rails.

MeetYourMakers took over their LCS spot from Supa Hot Crew, a team that enjoyed some surprising success in making it into the LCS and tried to cultivate a sort of fun, laid-back reputation as they finished in third-place in the summer split. But before they cashed-out, Supa Hot Crew apparently stopped paying some of their players. Kori claimed he was owed for several months’ worth of back pay from the last LCS season, but MYM said that debt belonged to Supa Hot Crew, not MYM.

But as Lewis points out, there is a lot of overlap between MYM’s management staff and the organization that owned Supa Hot Crew. According to the Daily Dot, it was kind of “same people different company” kind of situation. Kori decided he wanted out.

And that’s when MYM manager Sebastian “Falli” Rotterdam just lost it. He chewed the player out over a phone call, and said that because Kori’s mother had signed his pro gaming contract, she would be liable if he was held in breach and Rotterdam would see that she “would lose the house”.

At various intervals Rotterdam can be heard hitting the walls and doors while he argues with Wolski.

The joke was on Rotterdam, however, as Kori was recording the conversation. Normally, recording people who don’t know they’re being recorded is kind of shady, but I think you get a pass when someone is threatening your family. He also complained to Riot eSports boss Nick Allen about what was going on, and explained the situation.

Caught-out, MYM have issued an apology, but it appears a Riot investigation is already under way. Nick Allen said on Twitter, “We take the safety and well-being of players very seriously. We are, and have been, actively looking into the situation between Kori and MYM.”

Lewis’ report on the Daily Dot is pretty damning for MYM, from a PR perspective. While MYM’s CEO, Khalid Naim, said that Rotterdam’s behavior was unacceptable, Lewis also got this gem of a quote from him regarding his decision to enforce Kori’s contract to prevent the player from joining another team:

“Esports has bad people. I’m bad too. But only if people give me reasons.”

So that definitely sounds promising for MYM’s future involvement in League of Legends eSports On top of this, a former MYM coach / manager posted on Facebook an account of how MYM took money from Riot that was earmarked for coaching staff, and kept it all for themselves. Former Fnatic top laner Paul “sOAZ” Boyer also said some harsh things about the team on Twitter, saying he’d sooner jump off a bridge than play for MYM.

This is an extraordinary situation, but it’s not the first time the LCS has been the scene of some egregious and shady-looking mismanagement and financial malfeasance. While Riot’s competition rules have tried to govern who is allowed to own teams, and how player trades and acquisitions should be handled, they seem to to be having some trouble ensuring that LCS teams meet standards for responsible management.

The problem is that with sponsor money and direct payments from Riot, and LCS slot is as much a prize for unscrupulous opportunists as it is for passionate League of Legends players. And it sounds like in this case, the latter have fallen into the clutches of the former, all while Riot is paying the way. It’s doubtful Riot are going to want their progaming scene to be associated with things like this for long.