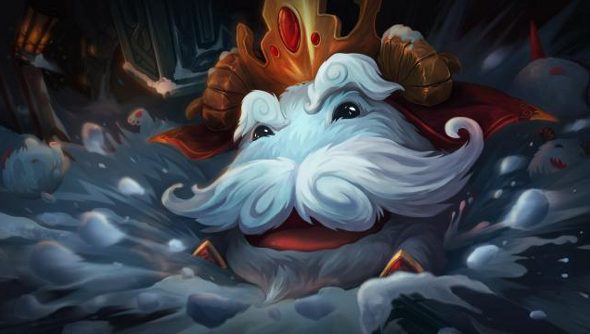 Riot has a giant sack of carrots that it’s using to seduce players over to the light side. Instead of just punishing the naughty, the League of Legends developer has been rewarding the nice.

To celebrate the end of the Snowdown event, Riot’s giving well-behaved boys and girls a special present to start 2015 on a positive note.

If you’ve managed to be on your best behaviour over the last year – that means no chat restrictions, ranked restrictions or bans – then you’ll be the recipient of a special mystery gift, a surprise skin.

This isn’t the first time that Riot’s rewarded good behaviour. Last year, good players got a four-win influence point boost. The developer also noted that 95 percent of players never needed to be punished, so almost everyone got the boost.

On Reddit, Riot’s RiotLyte went into a bit more detail, explaining why the developer was doling out presents.

“[A] few players are wondering why we are giving out an extrinsic (tangible!) reward for positive behavior when they might have heard we were against it in the past. This is a misunderstanding! We’ve always said that our player behavior philosophies include punishment, reform, and positive reinforcement. There’s no silver bullet to improving player behavior in online games, and you always need a mix of punishments and rewards.”

RiotLyte also points out that the reward is a surprise and not deterministic. Players won’t be able to just be on their best behaviour for X amount of matches and then get a reward.

“This current design is something we’re trying out in 2015 and will surprise players once in awhile for their positive behavior. Because players aren’t sure what the next reward is (or when it is), players will strive to be sportsmanlike in a larger range of games to try to get all the surprises. For positive players in the game, this won’t really affect them and they’ll just get surprises every so often for being awesome. For neutral players, this effort might convince some of them to put in that extra effort in a few more games to get the next surprise. For toxic players, this effort might also encourage a few to change their ways though we expect the biggest impact to be with the neutral players.”

And if you’ve been a dick in the past, but you’ve changed your spots, then you’ll be treated like any other positive player.

“[I]f you were chat restricted and missed a surprise, you will still be eligible for the next surprise if you were positive in the time range between the 2 surprises and are not blacklisted for life.”

Given that the majority of League of Legends players aren’t “toxic”, there will be a lot of carrots getting sent out. Let us know if you got anything nifty.