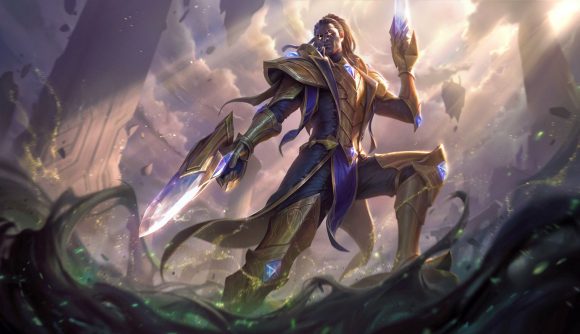 As 2020 draws to a close, and League of Legends Preseason testing is in full swing on the MOBA game’s PBE with LoL patch 10.21, it’s time to find out what goodies are up for grabs when Ranked season comes to a close for the year. Riot Games has posted a rundown revealing just this, and it looks like there are some super sweet End of Season treats in store.

“Be sure to get those last few games in before the Ranked season ends on November 9 at 23:59 PT / November 10 at 02:59 ET / 07:59 GMT,” the studio announces. “Rewards will be distributed within two weeks after season end.” As for what’s up for grabs, first up there are some goodies marksman Champion fans will enjoy.

If you managed to score a placement at Gold or higher in 2020, you’ll get this year’s Victorious skin – and, yes, those recent teases from Riot were pointing to Lucian as the lucky recipient. Plus, if you don’t already own the Demacian Champ, you’ll get him, too, as well as the Victorious Lucian skin. Sweet. Plus, “new to 2020, you’ll also receive a Victorious chroma for each rank you hit above Gold”, Riot says. “The more you climb, the more rewards you earn.”

Players who finished the multiplayer game’s 2020 Ranked placements in Solo/Duo, Flex, or both, will get an Eternals Lucian Series One Permanent (“also new this year!”), along with a Ranked banner trim and icon for your profile. 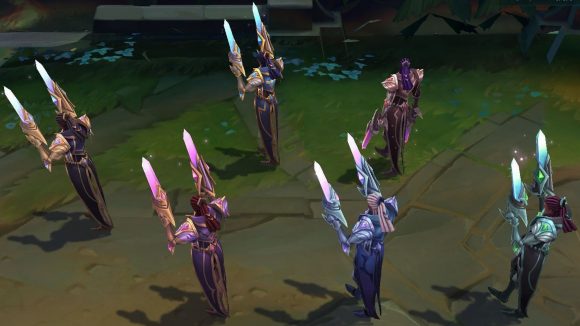 As for prizes specific to League’s team-based Clash mode – whose first season ends next month, too – Riot’s outlined these in its blog post (and we’ve included the list here for you too):

Rewards for Clash are tied to the number of VP (Victory Points) you scored during the season, though everyone who joined in will scoop a Clash Contender icon. There’s still time before the tournament’s up, so if you’re keen to edge closer to any of the above rewards, go get stuck in over the next two weekends.

Riot’s also unveiled this year’s Honour rewards, which include treats such as random ward skins, key shards, and random emote permanents. You can find out exact details in the studio’s blog post. In the meantime, also be sure to take a look at the LoL patch 10.21 notes to see what’s headed to the live game very soon.