League of Legends developer Riot Games has posted the latest in the multiplayer game’s series of ‘Riot Pls’ – or, as it’s now titled, ‘LoL Pls’ –  dev videos, covering a bunch of updates about its flagship MOBA. Among several different topics explored in the clip, Riot has announced it’s looking into adding some more items to the game following the preseason 2021 item update “to fill in some gaps”.

“Looking at items, first off, we think we’ve got in place a system that should allow some good increases to choice and diversity for most champions,” game director Andrei van Roon explains in the clip (which you can check out below). However, it looks like there’s room for improvement, and some new non-Mythics might be away to help solve this.

It’s not clear exactly what Riot has in mind in the way of new items, or even when they might drop given League of Legends’ 2021 patch schedule is in full swing, though it does give some hints. A couple of examples are “an enchanter item we’re trying that’s meant to be good against dive or anti-carry heavy teams” and a “tank item aimed at countering split pushers”. The latter means that, even if you’re not playing a split-pusher champ yourself or “able to 1v1 a split-pushing Trynd or whatever, there’s still a good item to turn to in those situations”.

Elsewhere in the clip, the dev discusses the state of the game in relation Mythics, too, explaining: “One of the things we particularly want to avoid is when champions are hardbound to a particular Mythic,” the dev says, with this meaning a situation where a player buys that Mythic for their champ in at least 75% of their games. Taking Sunfire as a good example (with a purchase rate by tanks of around “80%+” in games played), van Roon says that – following some nerfs – this drops to around 45%, which the team reckons is “a lot healthier”. 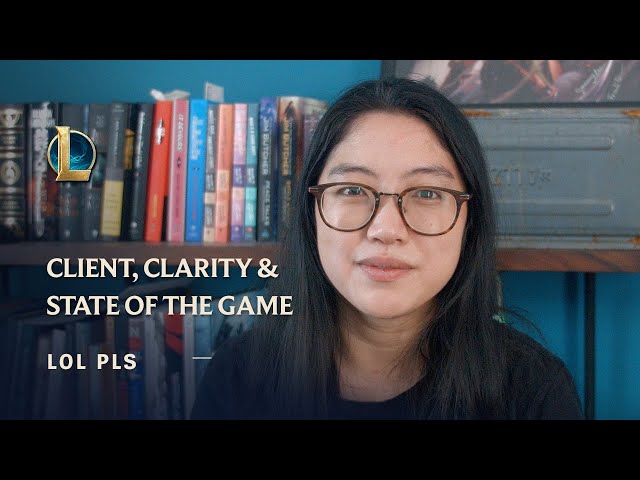 While fighters, assassins, and to some extent marksman League of Legends champions are in a pretty good spot Mythics-wise, the director notes that enchanters and mages “need some more work on their Mythic items, both in terms of the satisfaction from purchasing them, and some of their actual choice architecture as well”.

Additionally, van Roon explains that – in relation to items more generally – balancing of individual items is “often overshadowing” options for more intriguing picks at the moment, with some – like Goredrinker and Sunfire having near-universal benefit and appeal because of their raw, punchy stats. Riot’s been looking to nerf these a tad to ensure they don’t just dominate player picks, though there are some other items that haven’t been delivering quite what they should (like Chemtech Purifier), which the studio’s also been tweaking.

Check out our League of Legends patch 11.6 notes to see what’s on the horizon for Riot’s MOBA next.