If you’re a League of Legends fan and like to show your love of the MOBA game with tie-in clothes and other wearable goodies, you’re in luck. Developer Riot Games has announced it’s got another League-themed collaboration on the way – an apparel collection created with the streetwear brand AAPE By A Bathing Ape. Oh, and there’s a brand-new Prestige Edition skin for one of the best League of Legends Champions inspired by the brand’s designs coming soon, too.

The AAPE By A Bathing Ape x League of Legends collection will feature several streetwear options – all unisex – designed with Riot’s flagship MOBA in mind. While full details, including a good peek, at the line won’t be revealed until September 18, we know that it’ll include “an outerwear jacket, t-shirt, pullover hoodie, cargo pant, pair of sneakers, and a hat”, as Riot explains in a press release. The collection will be available via the brand’s website, as well as a select number of stores in several countries.

As for that special in-game Champion skin, the upcoming collection brings a Prestige Edition of Yasuo’s True Damage skin, which you can check out the splash art for below. The original version – which you can see here – was introduced alongside the Worlds 2019 Championship, with Yasuo featuring in the virtual hip-hop group, True Damage.

Take a look at Yasuo’s skin below, which has just been pushed to the game’s PBE: 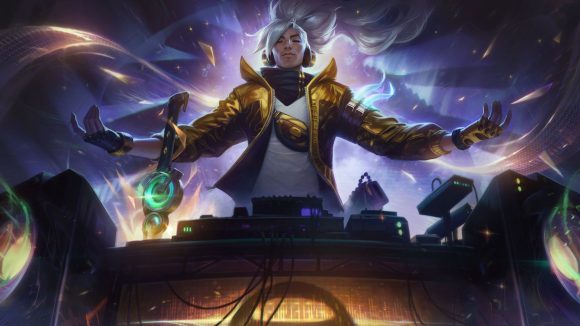 The Yasuo skin will be “available on September 25 to all players for the rest of 2020 for 100 in-game Prestige Points”, Riot says, while we can expect to find out more about that upcoming apparel collection in a few weeks’ time. 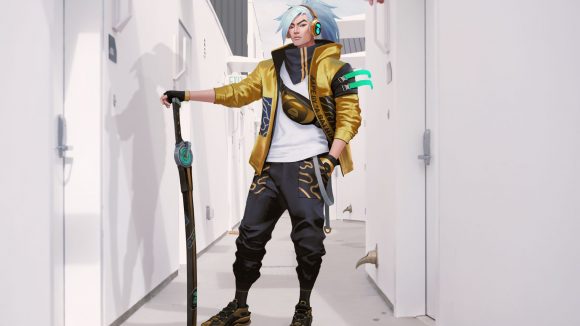 “We’re honored to have been able to work with Riot Games on an in-game partnership, encapsulating our designs and aesthetic permanently into the game in the form of True Damage Yasuo Prestige Edition,” an AAPE By A Bathing Ape representative says. “We hope we did players justice with an authentic and sleek design that feels good to play and see in-game.”

“We’re thrilled to have partnered with AAPE on this creative and resonant collaboration,” Christian Bailey, director of consumer products at Riot Games says. “From the skin to the individual pieces of clothing, every element of this partnership felt organic and we really think players will appreciate another way to express their fandom in the form of streetwear.”