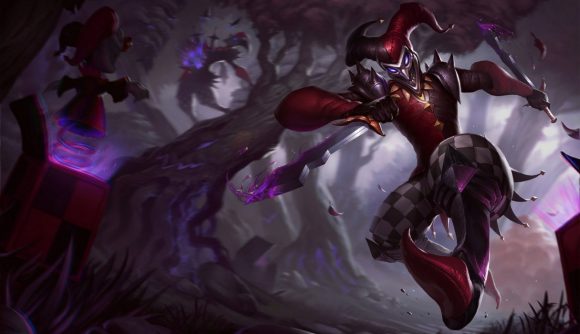 While the coronavirus outbreak keeps athletes off the pitch, some pro rugby players have decided to show off some of their indoor skills. A team assembled by Leicester Tigers loosehead prop Ellis Genge took on the Excel Esports team in Summoner’s Rift and came away victorious.

As our sister site The Loadout reports, Genge threw down the League gauntlet on Twitter, a challenge that was willingly accepted by Excel Esports. Genge pulled together a team of fellow pro rugby players: Bedford Blues’ Oskar Hirskyj, fellow Tiger Jordan Olowofela, Teimana Harrison from the Northampton Saints, and Cloucester Rugby’s Jamal Ford-Robinson.

Genge is a bit of a LoL ringer, as it turns out: the Bristol native ranked in Platinum IV last season as a Shaco main, and he says he’s been playing LoL on and off for years. He’s also a fan of Excel, and the Loadout notes that he even stops by team headquarters when he’s training in Twickenham.

It was Excel’s turn to get some training, however: Genge and his team of ruggers swept Excel 2-0, embarrassing the stunned Excel staff.

You can watch the full set here:


Watch Excel staff VS professional rugby players | B03 series from Excel_Esports on www.twitch.tv
An impressive win for the rugby boys – and if you think that’s good, consider the fact that Genge made it to plat 4 missing most of the tendons in several of his fingers.

Excel handled the loss with class, offering the ruggers a heartfelt GG (and a virtual fistbump) on Twitter.