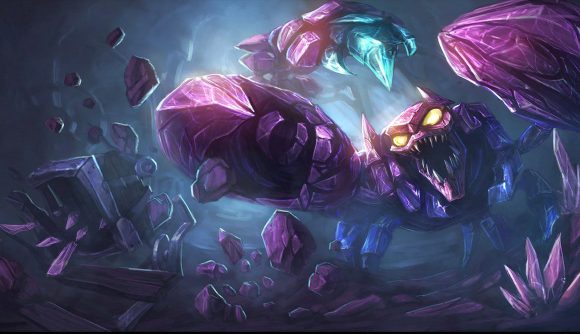 The results are in. League of Legends fans have cast their votes over who the MOBA game’s next big VGU (visual and gameplay update) will go to, and the winner is none other than the Crystal Vanguard himself – Skarner. Released a decade ago, the champion is certainly a worthy winner of an overhaul, and has beat out four other League of Legends champions to take the top spot in the fan poll.

“With a decisive victory, the champion that will receive the next VGU will be Skarner!” the devs announce in a blog post, highlighting that Skarner won by quite the margin. The fighter champ won a whopping 33.4% of the vote, compared to Shyvana in second place (19.6%), Tryndamere in third (17.3%), with Kog’Maw (15.3%) and Nocturne (14.4%) rounding off the list at the bottom.

Given that Skarner’s a decade old and only has six skins so far, he seems a fitting choice for the game’s next big VGU. There’s no word on when this will arrive just yet, given the vote’s only just closed, but the devs say that it’ll be “a couple months until we get started”. They add that we can keep an eye out for updates on his VGU “this year”.

“We’re super excited that Skarner won the VGU vote, as we think he has tons of potential to be something truly special on the League roster,” lead producer on champions Ryan ‘Reav3’ Mireles says. “We’ve tried smaller reworks of Skarner’s kit in the past, but it never really increased his play rate, so we’ll be looking to do a massive reboot of his kit, theme, and visuals (similar to Sion and Urgot). We’ll look to keep his kidnapping ult in some form, but otherwise we’ll be rebuilding him from the ground up.”

Mireles highlights that Skarner doesn’t have the biggest background of lore for the team to dip into right now, but the good news is that the team is “looking forward to diving deeper into their world and backstory” with the VGU. 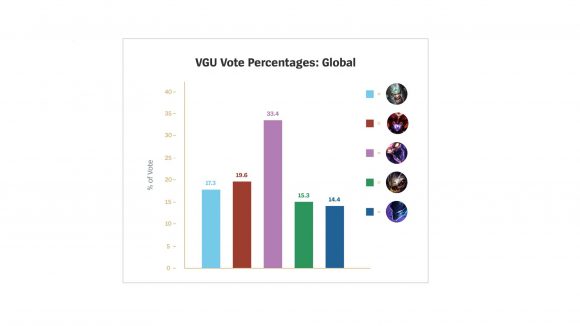 For those of you sad that Shyvana didn’t come out on top this time, there’s some potentially exciting news. “Like many of you, we really want to see her updated because a badass half-dragon shifter has so much potential,” Riot says – and it seems it’s possible we could see a Shyvana VGU arrive at some point, regardless of how she placed this time. “As you know we don’t do votes for every VGU, like with Mundo. So while we can’t promise that Shyvana will be the next big VGU we do, she is a pretty strong contender for the next one we explore outside of a VGU vote.” So, there’s hope yet, Shyvana fans. 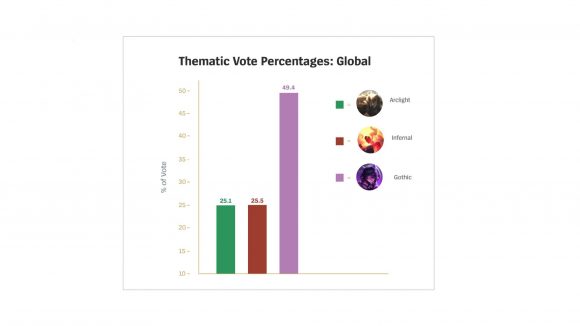 Elsewhere, the devs have revealed that Gothic has won the skin thematic revamp poll by a landslide (49.4% of the vote, against 25.5 for Infernal and 25.1% for Arclight). “We’re really excited at how our middle school aesthetic might look in current League, and there are a bunch of different directions we could take it,” the devs say. “We’ve started exploring some of them already, as we’re well into the discovery process – from cute and spooky to serious and dark, there are so many shades of black for us to try on. Our next steps are identifying what feels really good about the existing Gothic skins, and which direction we’d like to move in for the new skins!”

Check out our League of Legends patch 12.4 notes to see what’s coming to the MOBA in a couple weeks.