Lemnis Gate is a very silly game. Nominally, it’s a hero shooter like Overwatch, but there’s a giant twist: you’re caught in a time loop, reliving the same 25-second battle until you or your opponent completes the objective.

I play two modes. One has you collecting orbs and bringing them back to your spawn, the other tasks you with shooting pillars to establish territorial dominance. There are seven characters to pick from, each with a unique gun and ability. Kapitan, for example, has a relatively normal auto rifle and frag grenade setup, while Rush brings rapid-firing dual pistols and a dash ability to the fight.

Matches play out in rounds, with each round representing the same 25-second duel. You start by surveying the battlefield with flying drones, assembling a strategy with whatever intel you’re able to glean as if you’re in a war room watching a live feed. While you’re droning the other team is active, so your aim is to guess their plan and outwit them when the roles reverse.

In my first match I spy an enemy rushing straight for my side of the arena. When the loop ends and I’m free to make my play, I manoeuvre to high ground and send a rocket down onto the empty battlefield. Roles flip again and my foe sprints straight into a rocket blast. Advantage gained, I send another rocket hurtling toward the enemy’s spawn point. Three rounds later the rocket nets me a crucial elimination, obliterating an opponent mere seconds before they’re able to deposit an orb. 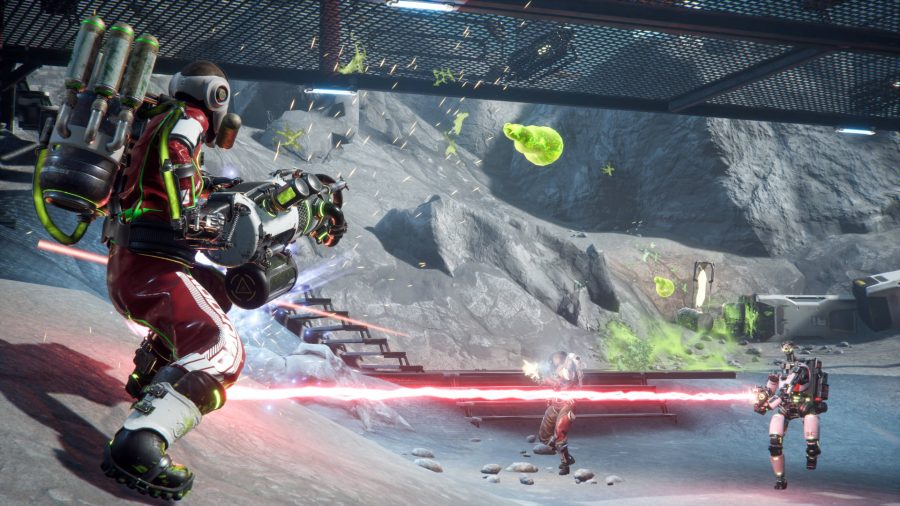 As I said, Lemnis Gate is a very silly game, but it has great potential for big-brain plays, and that’s its main draw.

It’s not all smug, strategic superiority for my team though. Like poor Dormammu in Doctor Strange, minor inconveniences from previous rounds can quickly add up to big problems – there’s always another enemy that’s “come to bargain” with me.

This is more apparent in my second game, when the enemy team seems to have an answer for everything we throw at them. My teammate grabs us the lead early on, blasting away both enemies with a couple of shotgun blasts. In the next loop the scenario plays out pretty much identically, except the enemy has brought shields, which gives them just enough protection to survive our aggressive play and respond with their own volley of shots. 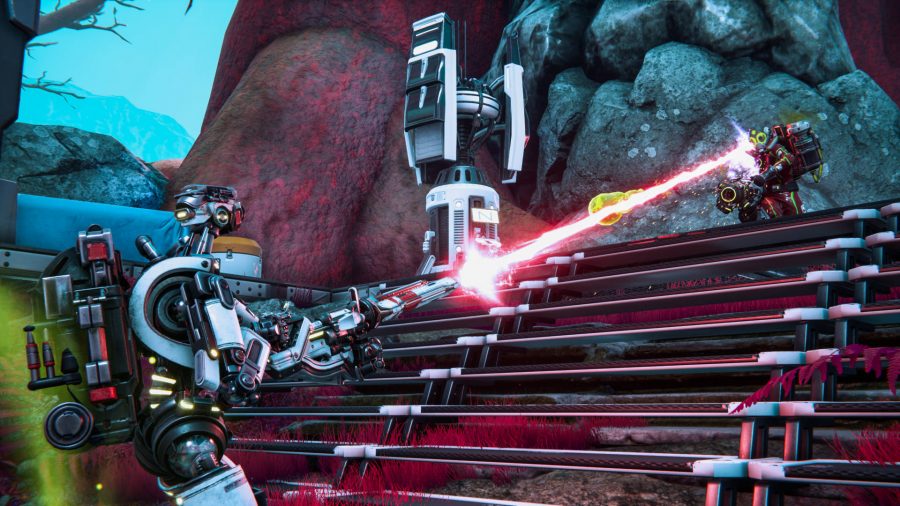 At one point during that ill-fated second game, one of our opponents uses Toxin’s teleportation ability and warps to high ground to rain poison on the battlefield. Thankfully, my teammate – as rocket launcher-toting Deathblow – shoots them down from the tree in the next round, halting their toxic assault on our previous selves. Because you’re constantly hopping between the action and your drone, you’ll always spot an enemy ambush as it’s being set up. But cooking up the perfect counter is another matter entirely.

All of this might sound pretty confusing – I know it did to me, when the developers talked me through it – but after a couple of rounds it’s amazing to feel it all click. Lemnis Gate just works. 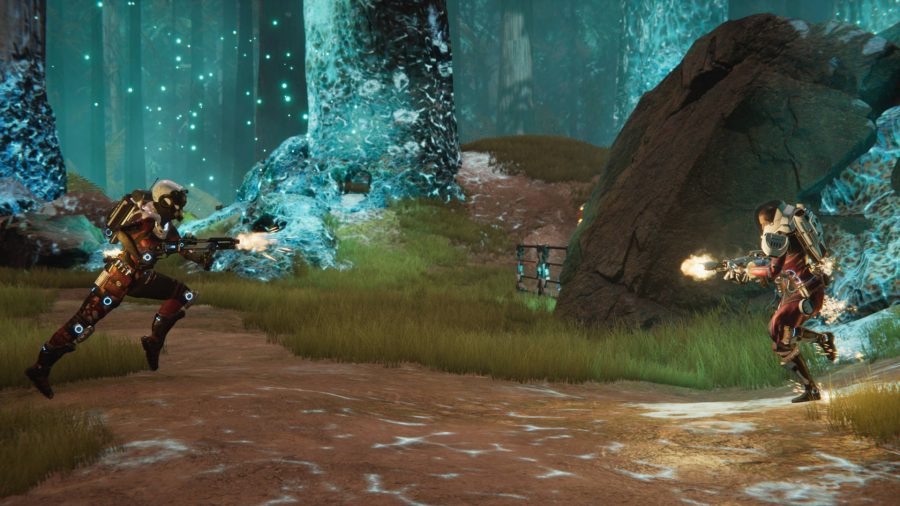 It’s been years since a shooter has made me think like this. Sure, battle royale games like Fortnite have building mechanics to add strategy to combat, Rainbow Six Siege has environmental destruction to complicate matters, but there’s a unique horror that only Lemnis Gate provides when you get to watch your plans fall apart in real-time. It’s on another level.

I’m excited to see how it develops, and if developer Ratloop Games can get players over the hurdle of understanding what Lemnis Gate is, then it could have a multiplayer phenomenon on its hands.