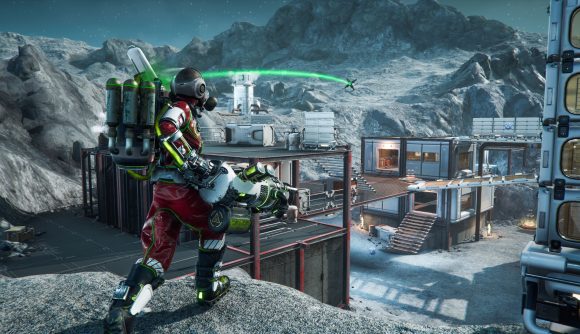 Now we know the release date: it’s set for August 3, and there’ll be an open beta on PC in the month before.The FPS game’s premise centres on “brain-bending 1v1 and 2v2 arena matches” with a dash of time travel, in which players are given a mere 25 second window to execute an action – be it firing at a foe, moving to an advantageous spot, or preparing for a next move. The gameplay’s turn-based, and once everyone in a round has had their go, the next 25 second-long slot starts, with a total of five rounds overall making up a match.

The format opens up “a near endless variety of incredible and creative plays”, the studios say in a press release, explaining that each round can be used in a whole bunch of different ways. That is, you can choose to spend your brief windows of time setting up ambushes and traps for other players, correcting past blunders, and developing “unbeatable game plans to out-think and outwit adversaries”. So, it’s a thinker.

“By using non-linear logic, abstract thinking, and outlandish manoeuvres,” Frontier and Ratloop add, “no two battles are ever the same. Past, present, and future collide.” 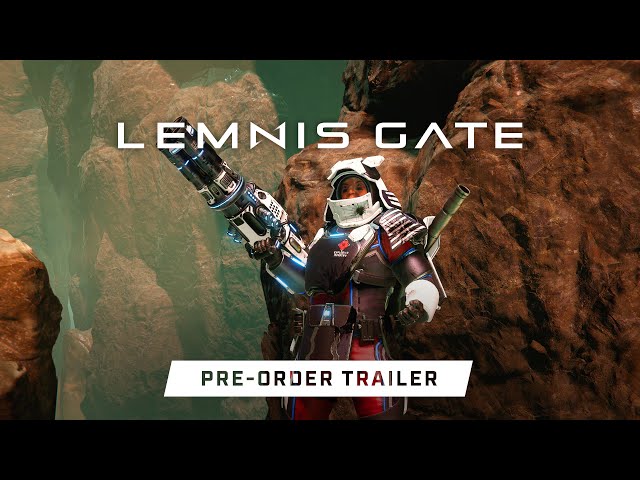 If you like the idea of taking on the strategy game’s challenge with – or against – a pal, the good news is Lemnis Gate features a nifty take on multiplayer through an “auto co-op” feature. This gives you and an opponent control over five “deep space operatives” each, letting you go head-to-head in 10v10 matches – and it’s got local couch co-op, too.

“This turn-based strategy shooter subverts one of the world’s most popular genres, challenging players to throw out the rule book as they exploit time itself in this ultimate cognitive test,” the release adds. The multiplayer game’s up for wishlisting on Steam right now. There’ll be an open beta in July.