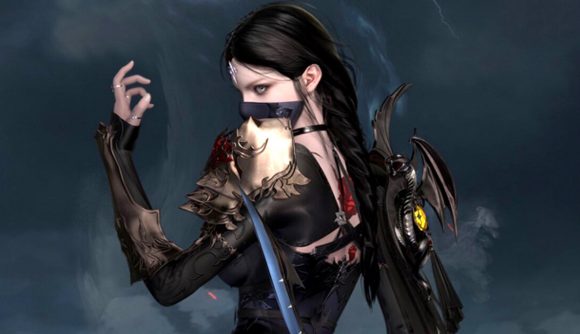 February 12, 2022: The Lost Ark player count is now over a million, just a day after launch.

The latest online MMO from Amazon Game Studios, Lost Ark, is finally out now on Steam – where it’s doing record numbers, hitting a peak of over a million concurrent players on its second day despite the game’s servers struggling to keep up. In fact, it’s the fifth-highest player count Steam has ever recorded and only the fifth game ever to break over a million concurrent players.

Lost Ark may have originally launched in Asian territories all the way back in 2019 but it finally came out on Steam worldwide yesterday, give or take a few hours. It was already immediately apparent that it was going to be a huge hit, but now that the free-to-play version is out Lost Ark is doing ridiculous numbers.

According to SteamDB, on its first day as an official free-to-play release Lost Ark hit a concurrent player count peak of almost a million people – that’s 984,111 players. Now, less than a day later, that peak has gone up to 1,016,677 players – and it’s only going to rise.

The launch is so popular that Lost Ark is already one of the most-played games on Steam. In terms of peak player count, it’s the fifth-highest Steam has ever recorded, just under the likes of Cyberpunk 2077, DOTA 2, Counter-Strike GO, and PUBG – beating out, ironically, its Amazon MMO partner New World, which is sixth with 913,634.

In other words, start taking bets on whether Lost Ark will hit over a million tonight and beat out Cyberpunk 2077’s record of 1,054,388 concurrent players. We’re taking that bet.