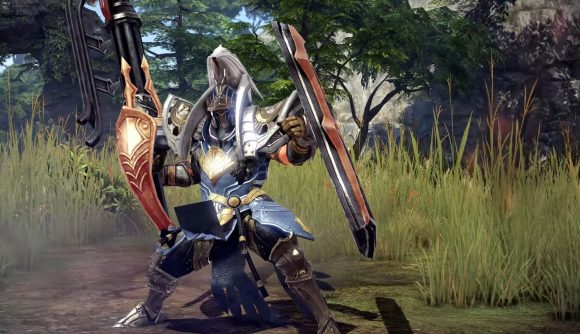 If you’re going to have a fantasy MMORPG, you’re going to need some warriors. The trusty sword ‘n board gang likes mixing it up face-to-face with enemies, and Lost Ark’s warriors are no different. A new video from developer Smilegate RPG illustrates the warrior’s advanced class abilities, which focus heavily on smashing things over the head and area of effect attacks.

Similar to warriors we’ve seen in other MMOs, Lost Ark’s warriors favor gigantic pauldrons over high speed, but once they’ve lumbered into an area they tend to be the focus of attention. Once you’ve gained enough experience to take an advanced class, several options are available. The beserker carries a huge two-handed greatsword, which is used to channel energy for devastating attacks.

There’s the Hell Blade, which opens fiery fissures in the ground to damage enemies near the berserker. Whirlwind is similar to Juggernaut’s ‘spin to win’ ability in Dota 2, Tempest Slash channels chaotic energy into several wide slashes as the berserker leaps forward, and Strike Wave sends energy pulses forward in three diverging directions. 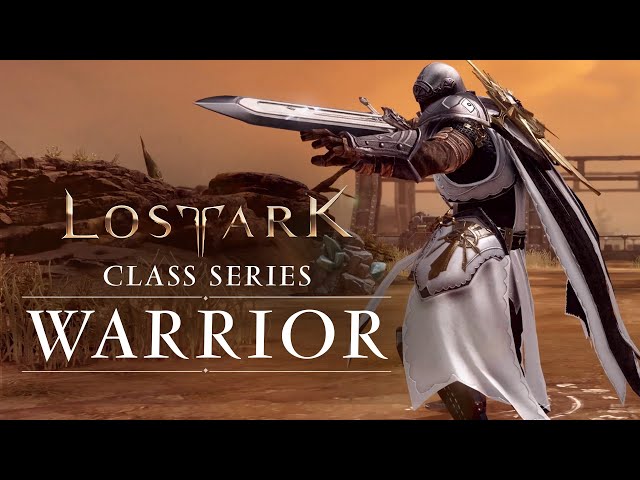 Warriors can also develop into Gunlancers, which mix in some ranged and control abilities with a few area of effect attacks. Paladins can channel the power of the gods into mighty explosions, and some of the footage in the video above suggests they also have a blessing or healing aura that can buff companions.

Lost Ark’s western release is due some time this autumn, and you can check out the Steam page if you’re curious to learn more.