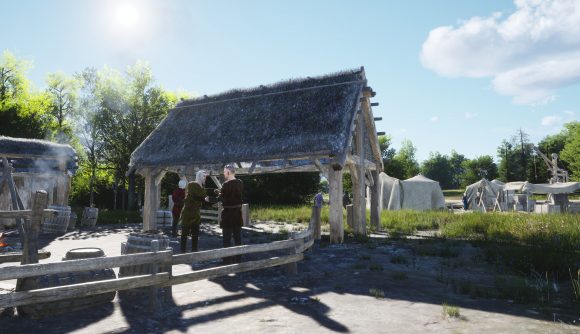 City builder/colony management games tend to keep the combat to a minimum, if it’s included at all. And in games where the focus is large-scale infantry combat, the settlement management is usually abstracted into the background. Well, no more: Manor Lords is a medieval village builder that also includes massive battles on the scale of Total War.

Amazingly, Manor Lords is the work of a solo developer. The idea is to start a medieval manor from scratch, with peasant workers cutting down trees, putting up thatch-roof homes, and establishing a busy little settlement in the wilderness. The trailer (which you can watch below) shows that players can fuss over road and structure placement to their hearts’ content, eventually unlocking more advanced stone and plaster buildings to construct. You can zoom right into the action on the ground, watching chickens scurry away from horse-drawn carts, or watching as workers clean garments or install thatch.

Your village will also have to support an army, and this is where things get very Total War-esque. Manor Lords features big real-time battles with formations of archers, infantry, and cavalry clashing on lovely ancient fields rendered in Unreal 4. Positioning is important, and clever players will be able to outmanoeuvre and flank their foes, turning a numerical disadvantage into decisive victory. 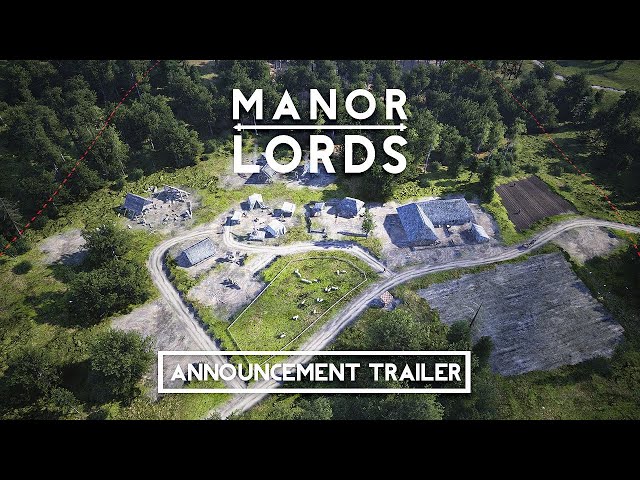 Over the course of early access, developer Slavic Magic plans on adding more maps, larger-scale end-game cities inspired by the late medieval period, fortifications, sieges, gunpowder units, and crossbows. The early access version that is due for release this fall includes a single map of two square kilometers that has more than 50 regions to take over. You’ll be able to fight infantry battles, and engage in diplomacy with AI opponents.

Slavic Magic estimates that early access will go on for 1-2 years, with the full release coming at the end of that time. For some other examples of what you’re in for with Manor Lords, check out our list of the best city building games for PC. You can keep up to date with the latest on Manor Lords by visiting the official site.