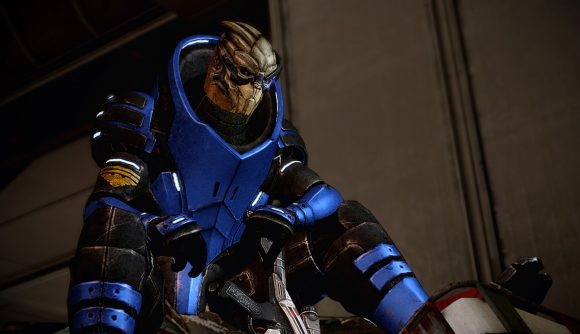 BioWare has been on a bit of a cold streak, after poor critical and fan reception to both Mass Effect Andromeda and Anthem. According to a new report, it seems that the studio is working to turn around its co-op loot shooter, but it’s not leaving behind the traditional RPGs it’s known for, either. As far off as the Dragon Age 4 release date is, it looks like Mass Effect 5 is coming, too.

“A new Mass Effect game is in very early development at the Edmonton office under director Mike Gamble,” according to Kotaku. Obviously, no one at EA or BioWare has actually confirmed that news, though the developers did spend N7 Day last week asking fans what they want to see from the future of the franchise. (Many of the bets then were placed on a Mass Effect remaster.)

That’s all we know about Mass Effect 5 for now, as the bulk of the report is focused on a much-needed rework for Anthem. Referred to internally by names like Anthem 2.0 or Anthem Next, it aims to completely overhaul the game – though whether it’s set to be a single update, a long-term set of changes, or a full-on expansion still hasn’t been decided, according to anonymous sources at BioWare.

With both projects – not to mention Dragon Age – BioWare has a lot to prove to current and former fans, and it’s still going to be a long, long time before we see the fruits of these labours borne out.

In the meantime, there are loads of great RPG games for you to dig into while we wait for BioWare’s next move. Here’s hoping the studio can recapture its former glory.