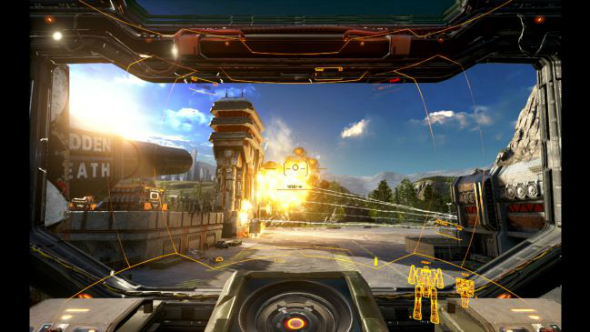 There’s a new trailer out for Mechwarrior 5: Mercenaries, and it’s focused on showcasing some of the environments that you’ll be able to stomp around in when the game launches later this year.

If you like being in the driver’s seat of large mechanical things, have a look at our list of the best simulation games on PC.

Piranha Games have called it a “teaser” trailer, but there’s quite a bit of game to look at in this clip. It provides some clear views of a couple Mechwarrior 5 biomes, which include a desert environment reminiscent of the American southwest, a mountainous forest region, and some blasted city ruins.

Some of these were visible in the trailer Piranha unveiled late last year at Mech_Con, but here we’re getting a more expansive view. This new clip also shows what appear to be transitions from one biome into another – watch for the grassy area giving way to scrubby desert at around the 1:38 mark.

It’s not all Ansel Adams photography, though. Mechwarrior games are first and foremost about clomping around in giant mechs, and there’s plenty of that to see as well. BattleTech fans will immediately recognize the mechs shown fighting in this trailer, particularly the Atlas model that also appeared in the initial trailer.

There’s no specific release date set for Mechwarrior 5: Mercenaries, but Piranha say it’ll be out late this year. You can find more information on the game over at the official site.