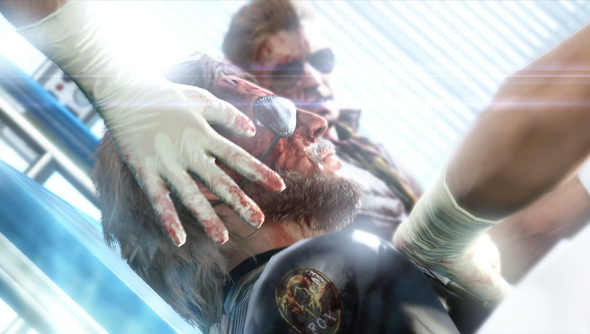 Microsoft led the E3 presentation with a lengthy look at the next Metal Gear Solid game, a series we PC gamers have only been able to look on enviously for years now (we’ve had one game ported across with another on the way but it’s been awfully piecemeal). The arrival of Metal Gear Solid 5: The Phantom Pain on Xbox marked a possible arrival for the game on PC, too – previously Sony machines had been the only constant platform of the series.

Speaking to Gametrailers, the series’ creator Hideo Kojima confirmed that the game will most likely be coming to PC, but said that “we have no release date, we are not really looking to do that right now, that’s not a priority.”

It’s hardly full-bodied support for our fair platform but it’s something at least.

In what will hopefully mark the beginning of a number of console ports, he said that “Of course we are developing on a PC, so we look forward to releasing something on the PC sometime, but right now we have no release date, we are not really looking to do that right now, that’s not a priority, so, we are making it and we hope to put it out [on PC] as well.”

With the difference between consoles and PCs narrowing with this new console generation, the architecture of the machines lends itself to multi platform releases. Also, it looks as though developers and publishers are beginning to see that the PC is a thriving platform. It’s about time.