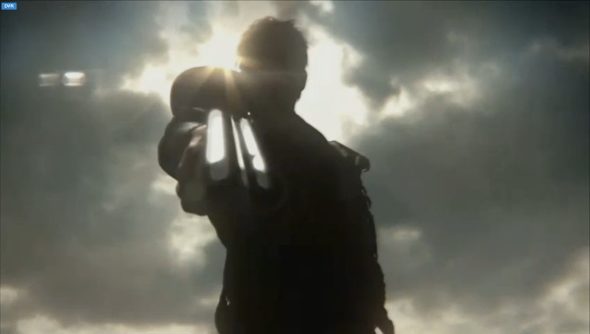 Electronic Arts’ mammoth E3 press conference featured over a dozen games, from the usual cavalcade of sports licenses to the inevitable Need for Speed and Battlefield. But in all that time, with all those games, the phrase “PC” never passed anyone’s lips but once, even while Battlefield 4 was running on one. Vince Zampella is the one who referred to The Platform That Shall Not Be Named during his presentation for Titanfall.

“Crestfallen” doesn’t begin to describe the reaction in the PCGN chat when we learned that Ubisoft’s terrific-looking Division would be console-exclusive. In fact, time and again today, it’s felt like publishers are ignoring the PC and trying to keep their best offerings away from it. But that’s probably not true. Here’s the thing to remember about this year’s E3: the PC is inevitable, but a successful console generation is not.

This E3 is about justifying another generation of console hardware, and saying, “Also on PC” after every new game announcement is not going to help that cause. So we’re getting shunned again, but I don’t think we’re anywhere near a repeat of the dark days of 2006 and 2007, when “PC gaming is dying” could be said without a trace of irony.

Publishers took a good hard run at marginalizing the PC with this last console generation. We saw a lot of console exclusives that never made it over to PC, and when they did the port quality was often laughable. We had (and are still having) a bitter fight over what DRM should look like, but a lot of the most drastic DRM options have been fended off and quietly dropped. Some companies, like Blizzard, have the power to buck consumer opinion and do whatever they want to lock down their games. But by and large, publishers have had to meet the customer halfway. And on pricing, they’ve met us more than halfway.

At this point, the PC audience is too important to try and ignore. All these console games we’re seeing at E3? Most of them are PC games as well, they just don’t want to admit that yet. We might have to wait a few months on some of them, which could make for an annoying holiday and post-holiday season, but I think most of us will end up playing them on our PCs.

Look at Sony’s press conference. Their big push with indie gaming was not towards exclusivity, but to say, “PC and PS4.” Indie developers know where they’ve gotten the best deals and the largest audience, and so do a lot of middle-market and niche publishers like Paradox.

So don’t sweat it if this E3 doesn’t feel like it has much for those of us who call our keyboards home. This E3 is about selling consoles to people who want blockbuster experiences and who will happily pay $60 for yearly sequels and new forms of war-shooting from big-name developers. It’s about the illusion of necessity. But the PC will remain the most open system with the lowest prices and the largest selection of games, and is now the only platform with free multiplayer. Its huge audience will be crucial to publishers’ success during an uncertain console transition.

Just don’t expect anyone to go around advertising that fact at this particular E3.